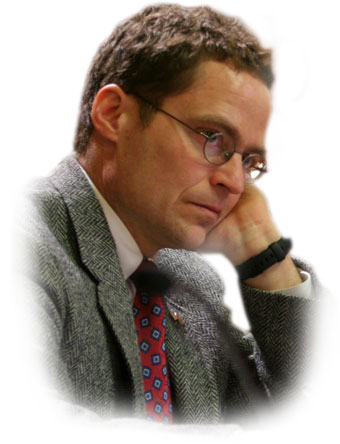 Looking back over six discrimination lawsuits that cost the city some $15 million, city councillor Craig Kelley wondered Tuesday if the council should have had gotten its own lawyer. Looking at how the city’s Law Department is handling seven new similar lawsuits facing the city, he may well return to the idea.

Two lawsuit-related opinions in recent days from the city manager’s office and Law Department at best stretch the truth, playing it safe for the city to such an extent that they seem to clash with the very laws they purport to cite:

The council went into a closed-door session Monday to hear about the seven lawsuits after being told that literally nothing about the cases – even which city departments are involved – could be said publicly.

At a meeting of the Civic Unity Committee the next day meant to discuss “lessons learned” from the biggest of the previous lawsuits, which alone cost the city some $12 million, City Solicitor Nancy Glowa told councillors that “The contents of the settlement agreement in this case I believe have been released, but there is an agreement not to talk about the details of the case or to disparage any of the people at issue in the case.”

That’s not true for the Malvina Monteiro case, said Ellen Zucker, the lawyer representing the former city employee in her dozen-year lawsuit.

“Anybody can talk about Monteiro. There’s no nondisclosure agreement about the case. None,” Zucker said Tuesday. “It was a public trial, followed by public appeals. There’s no prohibition on any party to talk about it.”

Glowa would know, Zucker said, because she sat at the city’s table in court throughout the trial, as well as participating in the decision to fire Monteiro while the lawsuit was under way. (She and the city’s Law Department were also named as the cause of another of the six discrimination lawsuits, according to a November 2011 article in the Cambridge Chronicle. Plaintiff Linda Stamper worked in the city’s Law Department for seven years starting in 1992 with Glowa and accused Glowa of acting in a discriminatory manner, the Chronicle said.)

How can Glowa and Zucker both be telling the truth?

Because there happens to be a single court docket number for the cases involving Monteiro, Stamper and a third defendant, Mary Wong, Glowa said in an e-mail Friday.

The copy of the settlement she attached, though, which does show that its terms and conditions “shall be maintained as confidential,” is only for the settlements with Stamper and Wong. Monteiro isn’t mentioned in the document, as there was no settlement with her; Cambridge simply lost the case in court, paid and opted quickly to settle with the women still suing.

So while Simmons, chairwoman of the Civic Unity Committee, was holding a public meeting “to discuss the Monteiro case only as it pertains to any lessons learned,” Rossi and Glowa declined to answer certain things because a clause in a court document relating to the cases of two other women are filed under the same docket number.

The agreement provided by Glowa, however, also makes clear that the confidentiality applies to the settlement itself – and only its terms and conditions, not the facts of the settlement. Six paragraphs later, the settlement agreement says that no party in it “is forsaking its/his/her right to express its/his/her opinion about their own experiences or motivation relating to the instant litigation or this agreement.”

There’s a similar stretch in the Law Department’s inability to talk publicly about even the most basic details of the current seven discrimination lawsuits.

The Open Meeting Law Guide issued by the Attorney General’s Office says closed-door meetings are okay for discussion of litigation strategy. The guide says one of the reasons a public body such as the council may vote to hold a closed-door session is:

There is a basic limit in the guide, which is that “a public body’s discussions with its counsel do not automatically fall under this or any other purpose for holding an executive session” – but Kelley’s 10-point request on Feb. 27 for basic facts such as “What stages are the relevant claims in” and “Who is representing Cambridge” was met with rejection regardless as Mayor Henrietta Davis and other councillors seemed to agree that the answers to those questions play a role in its strategy in court. 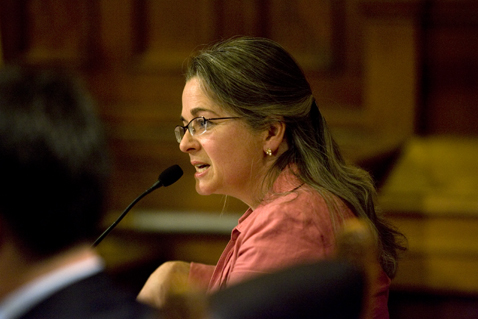 “We’ve conferred on this,” Davis said during council debate over a potential closed-door session June 3, after vanBeuzekom pushed for openness. “I would concur that this conversation would need to take place in executive session because of privacy issues and pending litigation.”

In referring to privacy, Davis alludes to another reason a public body goes into closed-door session:

To discuss the reputation, character, physical condition or mental health, rather than professional competence, of an individual, or to discuss the discipline or dismissal of, or complaints or charges brought against, a public officer, employee, staff member or individual.

But there seems nothing in most of Kelley’s questions that cross the line of discussing either strategy in court or violating an individual’s privacy. His list:

“All of these are public records. They cannot possibly be litigation strategy. Discussing how you deal with them is appropriate [for a closed-door meeting], but not their very existence,” said Heather Hoffman, an East Cambridge resident and lawyer, to the councillors at the Civic Unity meeting. “How can you possibly be taking advice from people who tell you that? You truly have learned nothing.”

The Law Department and city pursued a similarly secretive approach in the Monteiro case, but it turned into a resounding and embarrassing loss for the city despite the expense of paying for outside counsel Ropes & Gray and its “rainmaker” lawyer, Joan Lukey.

Regardless, Glowa told the council not a single question could be answered for the public.

“No, respectfully, the matters must be discussed in executive session because there’s pending litigation,” Glowa said, “and any public discussion of these matters would adversely affect the city’s position in that litigation.”

Glowa was asked Wednesday via e-mail if she would cite precedent for keeping literally all information about specific cases behind closed doors rather than releasing to the public information such as the cases’ court statuses. She replied Friday that she was declining comment.