World Hepatitis Day is July 28. Have you been tested for fatal, common hepatitis C? 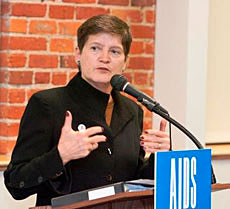 World Hepatitis Day is July 28. Have you been tested for fatal, common hepatitis C?

One year ago, the Centers for Disease Control issued recommendations calling for all baby boomers (those born between 1945 and 1965) to get a one-time hepatitis C test. The CDC estimates that more than 2 million baby boomers have hepatitis C, accounting for more than 75 percent of Americans living with the disease. In Massachusetts alone, there are an estimated 110,000 people living with hepatitis C, and about 7,000 to 10,000 people are newly diagnosed each year.

Nearly every county in the state has confirmed cases of hepatitis, but Middlesex County, with 789, has the most.

Nearly three-quarters of those newly diagnosed with hepatitis C in Massachusetts die within five years of their diagnosis, according to a report on hepatitis prepared this year by The Center for Health Law and Policy Innovation of Harvard Law School, the Treatment Access Expansion Project and the Massachusetts Viral Hepatitis Coalition.

The dire statistic isn’t a reflection on available treatment for hepatitis; rather, it shows, as the report noted, that “many people with [hepatitis C] may be getting diagnosed and entering care late in their illness.”

Indeed, there’s a reason why viral hepatitis has been nicknamed the “silent epidemic.” Those who are infected with hepatitis C can live for up to 20 years without knowing that they have it. Meanwhile, they may infect others with the virus, even as it is quietly ravaging their liver. For this reason alone, hepatitis C is a serious threat to the commonwealth’s public health.

July 28 will mark the sixth annual World Hepatitis Day. Local, national, and international organizations are holding events to raise awareness of viral hepatitis. The AIDS Action Committee, a convening member of the Massachusetts Viral Hepatitis Coalition, strongly urges all those who have yet to be tested for hepatitis to ask for a test from their health care provider.

Learning whether you have hepatitis is key to ending the epidemic. Early treatment is critical because it leads to better health outcomes, including, in some cases, complete eradication of the virus. But the longer one lives with hepatitis without treatment, the weaker one’s immune system becomes, making hepatitis ultimately more difficult to treat.

Blood transfusions were a major source of hepatitis C infection until 1992 when health officials instituted routine screening of the nation’s blood supply. Today the dominant mode of transmission is injection drug use, and in Massachusetts, it has become clear that those most at-risk for transmission are injection drug users aged 15-24. Between 2002 and 2009, the rate of infection among this age group increased 74 percent, driven largely by the shared use of injection drug equipment.

Co-infection with HIV can complicate the disease further and worsen disease symptoms and treatment side effects. In Massachusetts, 14 percent of those living with HIV are co-infected with hepatitis. And in 2008, the number of U.S. deaths attributed to hepatitis (15,768) surpassed, for the first time, the number of deaths due to HIV/AIDS (11,924).

Without intervention, the number of deaths from hepatitis C will grow in the coming years, especially among people who have been unknowingly infected for 30 to 40 years. The associated costs of care will be staggering.

Take a step toward ending this epidemic by asking your doctor to test you for hepatitis.

Rebecca Haag is the president and chief executive of AIDS Action Committee of Massachusetts, which has an office at 359 Green St. and operates the Youth on Fire drop-in center for homeless and street-involved youth at 1555 Massachusetts Ave., as well as a Boomerangs resale store at 563 Massachusetts Ave., Central Square.