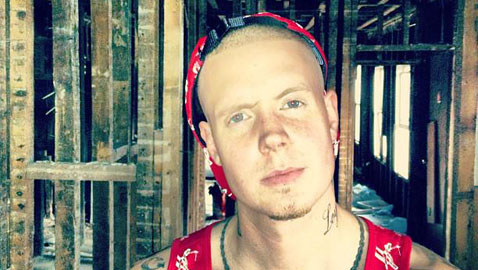 Cambridge rapper Millyz has promised to put out more material, posting a video for the tune “The Plug” on July 31 as evidence – significant mainly because the audio went up on YouTube all the way back on Feb. 4.

“From here on out I promise to drop videos, songs, et cetera, on a way more consistent basis and an a higher level than ever,” he told fans as he posted the video, the first single off his upcoming “Future Memories” mixtape.

Millyz, a Central Square native whose real name is Myles Lockwood, has been the next big thing since 2009, when he was promoting his first “Whiteboy Like Me” mix, and he’s since had his moments of fame (including playing the South by Southwest music festival and opening at last year’s Summer Jam concert, which was headlined by such artists as Nickie Minaj and Rick Ross) and infamy (including getting punched by Tamerlan Tsarnaev, the Cambridge resident and apparent terrorist killed in April during a shootout with police).

Fan Arman Mirza replied on Facebook that he glad to hear Millyz’s announcement. “You had a pretty dope buzz outta nowhere and everyone talking, then it seems you pressed on the brakes,” Mirza said. “Glad the foot’s back on the gas pedal.”

Here’s an interview with Millyz and a preview of more “Future Memories” music via Fuse.