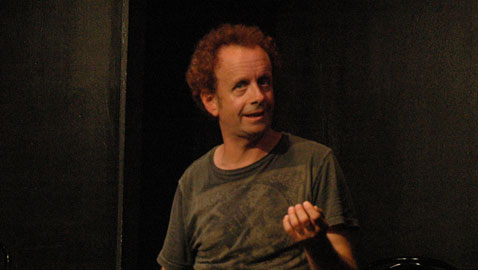 The fifth Boston Comedy Arts Festival, scheduled to run Sept. 3-8, will include Kevin McDonald, of the comedy troupe Kids in the Hall, as well as Cambridge’s own Jimmy Tingle – and it begins with two performances from the famed Cambridge Footlights, the 129-year-old British institution that’s given the comedy world John Cleese, of Monty Python; Hugh Laurie, of “House”; Emma Thompson, of “Love Actually” ; Mitchell and Webb, of “Peep Show”; and Sacha Baron Cohen, of “Borat.”

Shows will take place at ImprovBoston, which runs the festival and is celebrating its 30th anniversary, and at The Brattle Theatre, organizers said.

“We are proud to host some of the best-known comedic talent Boston has to offer alongside celebrated and ‘undiscovered’ acts in improv, sketch and standup from around the continent,” said Michael Descoteaux, the improv theater’s artistic director, in a press release. “BCAF is a one-stop shop for any comedy fan who wants to see some of the most exciting, boundary-pushing comedians working today.”

The festival will also see the return of improv from Junior Varsity and the Magnet Theater Tour Co. and feature locals Lamont Price, Matt D., Ken Reid, Rob Crean, Gary Petersen and others and New York comics such as Boris Khaykin (who has more than 1 million hits on his Google Glass video on YouTube) and Justin Williams.

McDonald plans to teach an all-day sketch workshop Sept. 6 that culminates in a performance that night by his students. He will also perform standup and songs at the Brattle at 8 p.m. Sept. 7 and is on a bill with the improvised hip-hopera “North Coast” and Boston native Josh Gondelman, now a New York resident who contributes at New York magazine and is co-creator of the Modern Seinfeld Twitter feed.

Tingle, who’s capped his reputation as social and political humorists with a master’s degree in public administration from Harvard, takes the stage at the Brattle on 8 p.m. Sept. 6.

The complete schedule is here. Its 34 shows and five workshops are scheduled over the six-day festival, with nearly 100 improv, sketch and stand-up acts from all over North America. Last year’s festival drew some 3,500 attendees.