Watch this weekend: 12 hours of noir – or are you ‘In the Mood for Love’ instead? 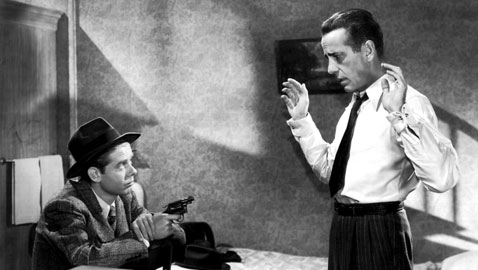 Watch this weekend: 12 hours of noir – or are you ‘In the Mood for Love’ instead?

Noir around the clock: The Harvard Film Archive is hosting a mini-marathon of noirs beginning Saturday night at 7. “Noir All Night” runs 12 hours and showcases an assortment of classic B-movie staples from the ’40s and ‘50s – you know, those gritty tales of longing, alienation and back-alley crimes inspired by German expressionism and Italian neorealism? Works from noir visionaries such as Jules Dassin, Joseph H. Lewis, Delmer Daves and Dick Powell will be on the bill. The complete list is being held in “semi-secrecy” to add to the noirish fun, but to set the table, “The Naked City” (1948) and Humphrey Bogart in “Dark Passage” (1947) are locks.

Admission is $12. See the HFA website for more details.

“In the Mood for Love”: Chinese auteur Kar Wai Wong’s hypnotic contemplation on love and longing is a slick piece of filmmaking. Purposefully languid and poetic in composition, the 2000 film chronicles the saga of neighbors in an apartment building (Maggie Cheung and Tony Leung) who reach out to each other as each suspects their spouse of having an affair. The experience is visceral, subtle and complete. The film’s “sequel,” the 2004 film called “2046,” is equally as moody and consuming, not to mention arcane, as it toggles between the present, past and future (date of the title). Both films were shot by visionary cinematographer Christopher Doyle. Kar Wai Wong’s latest, “The Grandmaster,” about the life of Ip Man (Leung), the martial arts master who trained Bruce Lee, opens at the Kendall Square Cinema this weekend.