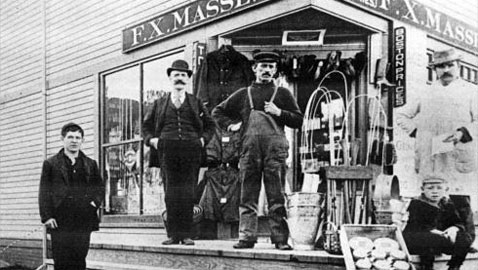 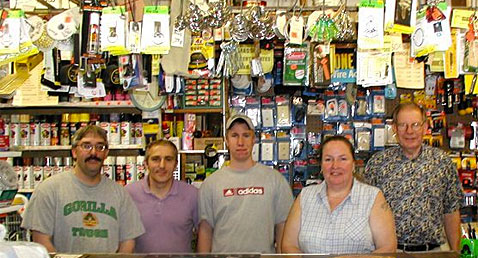 The Masse Hardware staff, with third-generation owner David Masse at right, are gearing up to go out of business. 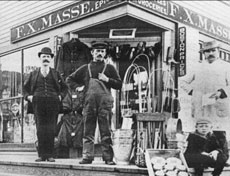 An archival image from the store’s going-out-of-business sale ad.

After 125 years in Cambridge, Masse Hardware is closing – starting the process with a sale that starts Tuesday and takes 20 percent to 50 percent off whatever’s on the shelves.

“It’s something that has to happen,” said third-generation owner David Masse, 73, on Friday. “I decided 10 years ago.”

He’s been trying to sell the parking lot across the street from the 249 Walden St. institution for a decade, he said, and has finally succeeded. While a developer will turn the lot into retail apartments, Masse will keep his hardware store’s building, adding two apartments in the ground floor space to the four apartments he has upstairs.

After working 60 years at the hardware store founded by his grandfather in 1888, “I intend to enjoy the rest of my life. Travel. Garden. Take life leisurely,” he said. He and his wife had no specific travel plans yet, he said.

The store is Cambridge’s most hardcore hardware store – with Tags in Porter Square, Pill in Central and Dickson Bros. in Harvard taking on the role of general store as well to serve a transient urban population, and Inman Square Hardware lacking lumber and other large-scale wares. Carpenters and handymen have revered it, and its reputation on and offline is sterling.

“There aren’t many places like Masse’s still around – an old-fashioned corner hardware store with wood floors, oodles of loose screws, bolts and fasteners for sale from bins and drawers and a down-to-earth staff who really know their stuff and won’t sell you something you don’t need,” is one typical comment on the review site Yelp.

Another reviewer recalled being at Masse when someone came in with a broken lock for a Victorian Door. “The solution wasn’t on the floor, but once the clerk was shown the lock, she disappeared into the basement and came back with the missing part. The lock was over 100 years old,” said the visitor from Maynard.

“I love Masse. You will too,” another said.