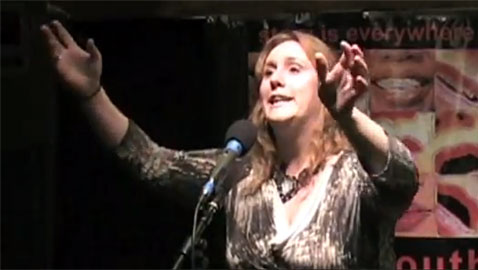 With its debut Thursday, Story Club Boston becomes the latest chapter in a storytelling renaissance, and one you need to stick with to the end to see how it comes out.

Story Club – which began in Chicago in 2009 as a literary Fight Club (“Except everyone tells stories instead of punching each other in the face. And everyone talks about Story Club”) – follows rules similar to a poetry slam. There are three featured storytellers and three plucked by raffle from the hopefuls in the audience who sign up, and each gets time to tell a story. The audience votes for a favorite.

Organizer Ken Green, a Chicago transplant, says the live-lit event began “at a time open mics were dominated by poetry, musicians and stand-up comedians” and became popular in Chicago and then Minneapolis as “a show that combined the best elements of curated shows, fun competition and the ‘democracy’ of open mics.”

Story Club will take tales that are true or fictional, memorized or read, so long as they can be told within eight minutes. Winning stories will be posted online.

Some of this may sound familiar. The area has storytelling events ranging from the prolific – MassMouth (which runs several slams each month in various cities) and Cambridge’s Story Space (which runs from 7 to 9:30 p.m. Tuesdays at the Out of the Blue Art Gallery, 106 Prospect St.) – to the virtually nonexistent, such as Literary Death Match. In between are the regular and reliable (The Moth typically has two shows a month, one each in Cambridge and Boston; Literary Firsts, quarterly at Middlesex Lounge) and the more erratic (Mortified, Story Collider and War Virgin all run roughly once a month).

Story Club Boston is to be monthly.

“The presenters of Story Club Boston hope to become an integral part of the already-thriving literary scene in the area as well as add a new dimension to the growing live-lit landscape,” Green said in a press release.