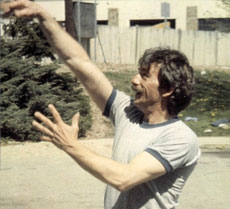 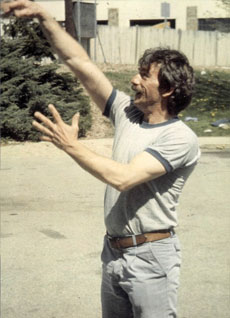 More than two decades after Cambridge’s Richard Gleason was stabbed to death inside a Dorchester apartment, the man long suspected in the killing has admitted his guilt, Suffolk County District Attorney Daniel F. Conley said Tuesday.

Eugene Sutton, 48, has pleaded guilty to a charge of manslaughter in Gleason’s 1989 slaying and received 19 to 20 years in prison from Judge Christine Roach – the maximum sentence.

“Richard Gleason’s family has been waiting for this day for more than 24 years,” Conley said. “They never forgot him or gave up hope that justice would be done in his name.”

Sutton went to trial on a murder charge last year, but that trial ended in a hung jury exactly one year ago today. Jury selection in his retrial was scheduled to begin tomorrow.

Had the case proceeded to trial, Assistant District Attorney Ian Polumbaum planned to present evidence and testimony to prove that on May 16, 1989, Gleason and Sutton were inside a School Street apartment frequented by drug users. The evidence would have shown that Sutton demanded money from the victim and attacked him repeatedly. Sutton was then seen leaving the apartment as Gleason, 38, lay bleeding on the floor.

Though investigators considered Sutton a suspect at the time, evidence available through the 1980s and 1990s was insufficient to charge him, Conley said. Members of the Boston Police Department’s Cold Case Squad and Suffolk prosecutors began to reexamine the case in 2009, using forensic testing to find biological evidence from a source other than Gleason.

Criminalists of the Boston Police Crime Laboratory found it: a bloodstain from Gleason’s jacket that contained Sutton’s DNA profile, on file because of his conviction on unrelated drug charges.

Meanwhile, investigators re-interviewed witnesses who had been inside the apartment during the killing. Those efforts led to a grand jury investigation and Sutton’s indictment in 2011.

“Today, thanks to a new generation of police and prosecutors with a new generation’s scientific tools, we were able to secure an unequivocal admission of guilt from his killer, and deliver some long overdue closure to his family,” Conley said.