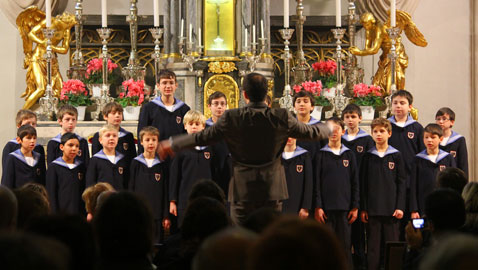 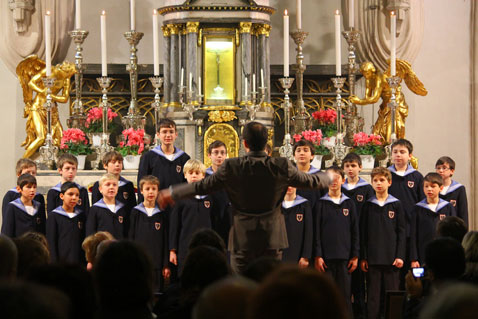 With our local St. Paul’s Church Choir School turning 50, a model for its musical and academic tradition – The Vienna Boys Choir – comes to town Friday to celebrate.

The Vienna Boys Choir, one of the most storied musical ensembles in history, is to perform traditional and contemporary holiday favorites at the Harvard Square church, said organizers at the church and Spectacle Management.

The choir began singing at the court of the Holy Roman Emperor in 1498 – more than half a millennium ago. Until 1918, the choir sang exclusively for the imperial court at Mass, private concerts and functions and on state occasions. With members of the Vienna Philharmonic Orchestra and Vienna State Opera Chorus, the choir maintains the tradition of the imperial musicians: as Hofmusikkapelle they provide the music for the Sunday Mass in Vienna’s Imperial Chapel, as they have done since 1498. On Jan. 1, the choir participated for the fifth time in the New Year’s Concert of the Vienna Philharmonic Orchestra, conducted by Mariss Jansons.

But they also get around. Today, the choir performs select dates for audiences throughout the world, visiting virtually all European countries and stopping frequently in Asia, Australia and the Americas. It includes about 100 choristers between ages 10 and 14 that are divided into four touring choirs, each giving around 300 concerts and performances a year for nearly a half-million people, spending nine to 11 weeks of the school year on tour.

The choir holiday performance comes to St. Paul’s as part of the anniversary celebration of the 1963 founding of one of the premier choir schools in the United States.