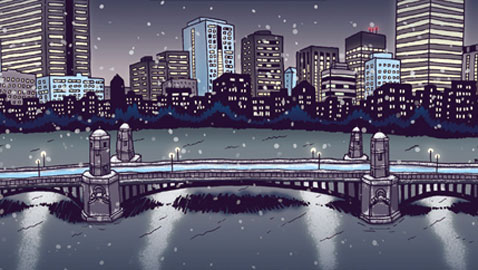 The Central Square Cultural District has a Winter Festival running Tuesday through Thursday with nine bands; snowmaking and a free pop-up outdoor snowboard park; and a variety of arts and other activities for kids 12 to 17 free during February School Vacation week.

The “Snochi Festival” will close Brookline Street between Green Street and Massachusetts Avenue from 7 a.m. Tuesday to 3 p.m. Thursday for the pop-up House of Vans snowboard park –  including demonstrations by top New England snowboarders and Vans team rider Nick “Pooch” Poohachoff from 6 to 9 p.m. Wednesday – and free movie screenings of the “20 Years Off The Wall On The Snow” documentary.

While this is a first for Cambridge, Vans, a shoemaker that is also sponsoring a full ride, four-year scholarship at the Berklee College of Music, has done similar pop-ups in Europe, Mexico, Asia and Canada. The House of Vans has stopped in Huntington Beach, Calif., for the Vans U.S. Open of Surfing and the Mohawk in Austin, Texas, for the South by Southwest music festival, but in Cambridge the focal point is The Middle East, 472-480 Massachusetts Ave., Central Square.

In addition to having the snow park outside its doors, the storied nightclub and restaurant is hosting a neighborhood open house (hot chocolate, a Vans shoes raffle, music and information about enrichment programs for Cambridge youth and their families, arts projects and, of course, those bands. 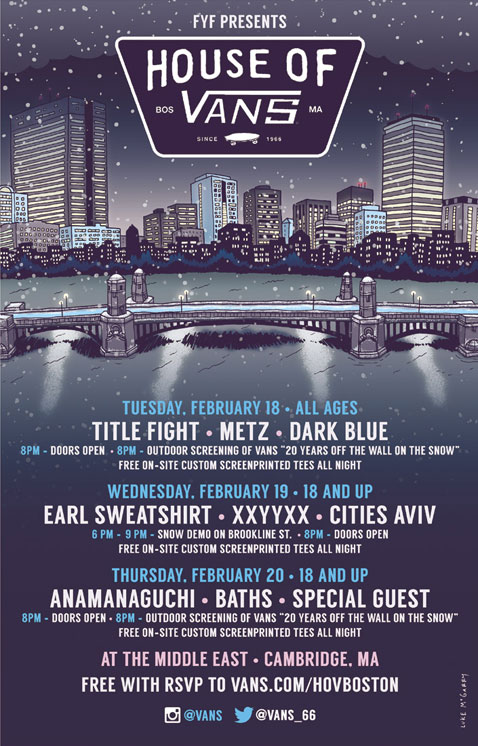