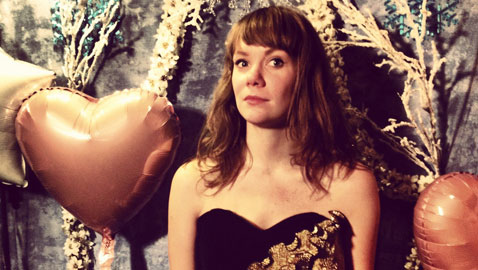 The polar vortex is supposedly on its way back for round three of freezing cold. Brett Johnson is a Cambridge comedian (check out his website here) who knows a thing or two about winter weather:

With a “Guardians of the Galaxy” trailer just released, Somerville improv comic and writer Hannah Foell (see her Tumblr at Hannahs Are Particularly Good) is trying to keep her thoughts straight on the expanding universe of comic book flicks:

James Creelman, meanwhile, is still correcting some misconceptions about another classic space film:

E.T. is billed as being an Extra-Terrestrial but in fact is not a extra, he stars in the film! Also not a terrestrial, he's from space.

Mickey McCauley, a Baltimore transplant and Boston comedian, posts great comedy tweets on his Post-ambles blog each Friday and is also thinking back to a pop culture great:

Jenny Zigrino is a standup comic and vintage clothing hoarder who knows what she likes:

It's that an iPhone in your pocket or are you…oh, it's a droid? Never mind.