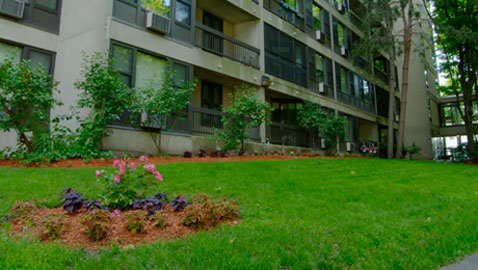 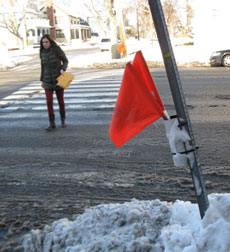 The woman who died in December after she was hit by a car while pushing her walker on Massachusetts Avenue in Arlington has yet to be laid to rest, but a friend is taking steps to make sure that happens.

Juliet Blackett of North Cambridge has paid $295 of her own money and a state agency has paid $1,100 for the cremation of Elba Ortiz-Delgado, known as Lucy to neighbors at the Daniel F. Burns Apartments, Cambridge Housing Authority-run units near Matignon High School.

The woman, initially described by police as homeless, died at Massachusetts General Hospital at 2:10 a.m. Dec. 20, according to her death certificate.

The driver of the car that police say struck Ortiz-Delgado, Paul S. Giragosian, 67, of Arlington, could face a further charge in the death near the longest unsignalized crosswalk on the avenue in East Arlington. More than two months after the fatality, an investigation remains incomplete.

While police proceeded through their procedures, Blackett and others tried to help seek a proper end for the woman who appears to have no local kin.

“There are so many in society who have no one to stand up for them,” Blackett said.

Her initial anger about the details of the case as first reported in January by YourArlington had subsided some as she focused on how on to achieve a final resting place for Ortiz-Delgado.

“It takes effort, and things get complicated,” she said. “There are people out there who need help. Those without next of kin have no one to stand up for them.”

Many steps toward closure

Bringing closure for Ortiz-Delgado has meant working through a social worker to find out how to secure the body and pay for cremation once Arlington police determined no next of kin could be found.

The state Department of Transitional Assistance paid $1,100, and Blackett the balance. Others at the Burns Apartments say they will help, and one has offered money.

Once the office of the chief medical examiner in Boston agreed to release the body to her, Blackett contacted Joseph W. Casper, a South Boston funeral director whom she called “wonderful.” He arranged for the cremation in Duxbury.

Ortiz-Delgado’s ashes are in a box in Blackett’s apartment.

Seeking final rest for them, Blackett thought they might be scattered in a ceremony, but because Ortiz-Delgado was likely a Catholic, she is working with the Rev. Charles E. Collins of St. John the Evangelist Church in North Cambridge. Collins is seeking a burial site, because Catholics recommend burying ashes, not scattering them.

“I thought this should be finished,” said Blackett, who is not a Catholic.

The priest is also looking into a ritual for a service, which could be in the spring at the Burns Apartments for those who knew Ortiz-Delgado – including three men who declined to be named but helped her write letters and, like Blackett, call her doctor and pharmacy for appointments. One occasionally bought Ortiz-Delgado food.

She calls herself “no angel,” but she calls South Boston funeral director Casper “wonderful” and “understanding” to advise her as he has. 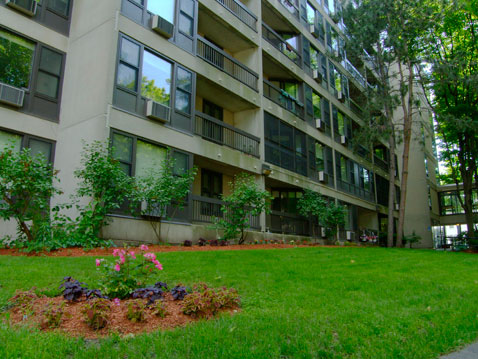 State Police have yet to issue a report from the team who reconstructed the accident. Such a report might take six to eight months, she said.

Chief Fred Ryan wrote in an email Feb. 11 that “the matter remains under investigation by the Arlington Police Department … once we receive the reconstruction analysis of the physical evidence from the crash scene, we will combine that with all other evidence gathered by APD investigators (witness statements, police reports, etc.) and work with the DA’s Office to make a final decision on what, if any, additional charges may follow.”

In mid-January, Ryan wrote that Arlington police “has gone to extraordinary measures in attempts to identify relatives of the deceased.”

Police were unable to find relatives, a step in the process that allowed Blackett to proceed with her effort.

Asked what measure town police took, Ryan responded: “With respect to identification of next of kin, we did an exhaustive search. This included searching many electronic databases, medical records, city clerk records, council on aging records, interviews with known associates and health care providers and many other investigative efforts.”

Blackett believes Ortiz-Delgado may have living relatives in Puerto Rica, and she plans to see whether they can be found.

One correction from an earlier story, established by documents Blackett received: Ortiz-Delgado born Jan. 1, 1936, so was in fact 77 when she died, as police first reported.