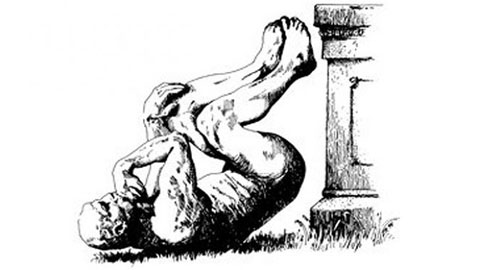 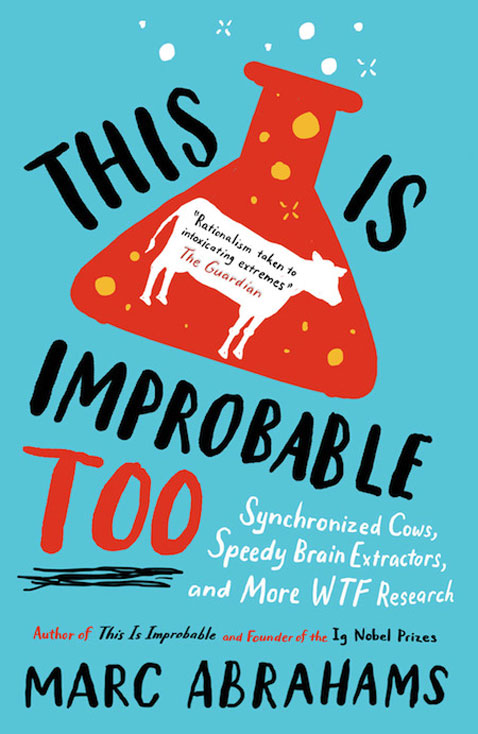 Marc Abrahams’ “This Is Improbable Too” came out March 6 in the U.K. and is due in August in the United States.

A group of scientists with senses of humor is traveling this month with the 2014 Ig Nobel tour of the U.K., Denmark and Sweden – the 11th European tour for the funny science prizes, which are based in Cambridge along with the magazine where the prizes start, the Annals of Improbable Research, and its editor, Marc Abrahams.

The tour includes a March 18 London launch event for Abrahams’ “This Is Improbable Too,” the latest compilation of science from the Ig Nobels that includes such need-to-know breakthroughs as the best way to get a monkey to floss regularly, how many dimples will be found on the cheeks of 28,282 Greek children and how much more money you “earn” by adding a henchman to a bank-robbing gang. (The book was published March 6 in the U.K., but domestic publication isn’t until Aug. 12, only about a month before the next live Ig Nobel ceremony at Harvard’s Sanders Theatre. )

“It’s all about research that makes people laugh, then think. The tour is designed to spur people’s curiosity and to raise the question: How do you decide what’s important and what’s not, and what’s real and what’s not – in science and everywhere else?” said Abrahams, also a columnist for the U.K.-based Guardian news service, in a press release.

The gig at London’s Conway Hall is set aside as a series of dramatic readings from the book, although several of the shows feature celebrated people doing two-minute readings. The show at Imperial College in London will also include the world premiere of “The Homosexual Necrophiliac Duck Opera” by Daniel Gillingwater – with a cameo appearance by Kees Moeliker, the Ig Nobel Prize-winning who discovered homosexual necrophilia in the mallard duck but has moved on to research pubic lice.

In addition to Moeliker and emcee Abrahams, stops on the tour will hear from a variety of scientific stars, including Masanori Niimi (prize winner for research into the effect of listening to opera by heart transplant patients who are mice), Richard Stephens (whom you might know for his work on swearing as a response to pain) and David Schultz (the weather researcher who explored whether it rains more often on weekends).

The tour, done in conjunction with the U.K.’s National Science & Engineering Week, starts Friday at Imperial College and wraps up April 2 – yes, just after April Fool’s Day – in Portsmouth after visits to Aarhus, Copenhagen and Stockholm. Returning stateside, there are Ig Nobel stops scheduled for Washington, D.C., Maryland and New York in late April.

The website for Abrahams’ Improbable Research, the magazine and the prizes is here.