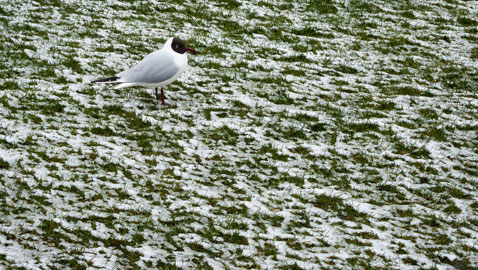 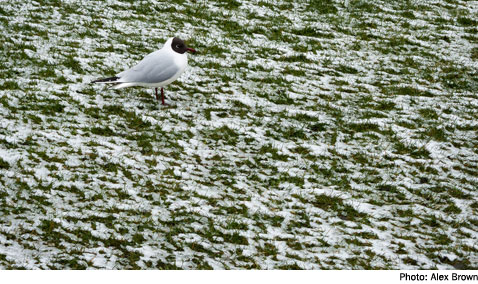 Sure, the weather is supposed to be getting more springlike and less wintry – but that’s exactly the situation we were in last week just before it snowed:

It's "Everybody Can Stop Hating Everything Now" degrees out today!

Rachel Klein blogs about improv comedy, theater and other arts. And thinks positively.

Still, even though the next week is supposed to take us into the high 50s and even at times into the high 60s, of course our local comedians have things to say about what the recent betrayal. That includes Cambridge comedian Mike Zakarian:

In an act of protest, I am wearing layers today. Because screw you Winter Jacket. You're staying in the closet.

Mickey McCauley, a Baltimore transplant and Boston comedian appearing at The Comedy Studio, 1238 Massachusetts Ave., Harvard Square, on May 2, is full of weathery lore:

Kevin Seefried, an Allston comedian and open-mic host attending his senior year at Emerson College in Boston (and appearing at the Studio on June 18), has a more practical take:

But there’s more going on than the weather. Boston comedian Dave McDonough knows:

And for some people, life just goes on as normal, weather or no weather, pot or no pot. Just ask Boston comedian Dan Crohn (who appears at the Studio on May 31 and has a website here):

You know when you find cash in old jeans? There wasn't any.

We’ll give the eternally traveling Jenny Zigrino, standup comic and vintage clothing hoarder (who hosts at the Studio on May 9 and whose website is here) the last word:

A guy has a Boston terrier on the plane from Boston to LA. You know you can get those anywhere, right?