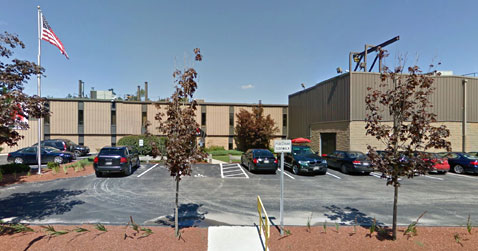 The city’s only approved medical marijuana business is still looking for a place to set up shop, and once again finding the special overlay districts the city created to host dispensaries not quite big enough to provide a home.

The Greeneway Wellness Foundation looked originally at 11 First St., East Cambridge, literally across the street from the border of the NorthPoint medical marijuana overlay district, but the state released the address before founder and chief executive John Greene could talk to neighbors or city officials, and he was run off. Now Greene is hoping to open at 61 Mooney St., down a block defined on two sides by the Alewife overlay district, but not in the district.

Greene, backed by a 29-person petition, is asking the City Council to enlarge the district to include Mooney Street, arguing that it matches the criteria used to set up the overlay districts, such as being at least 500 feet from a place where children congregate and near public transportation and access by car. 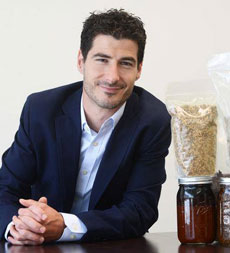 “Although the property is located approximately 1,000 feet outside the medical marijuana overlay district that was adopted by the City Council, I feel confident that it complies with the criteria that the Community Development Department set out when creating the actual zones,” Greene said Monday.

“For the last 10 months, Greeneway has conducted an exhaustive search to find a suitable site for the city of Cambridge’s only licensed medical marijuana dispensary. During our search we have scrutinized dozens of locations. Our goal throughout this process has been to ensure that our dispensary complies with the spirit and intent of the regulations set forth by the Department of Public Health and the city of Cambridge and integrates seamlessly into the surrounding community,” he said.

In that building Greeneway would also have the facility security called for by the districts – it was once office space and labs for Amag Pharmaceuticals and even has equipment still installed suitable for medical marijuana use, said Charles J. Mabardy, owner of the facility and surrounding six acres. Mabardy asked as far back as October for Mooney Street to be included in the district.

A long time to wait

It’s been more than 18 months since Cambridge voters went for medical marijuana dispensaries in a big way – 73 percent in favor and 19 percent against – in a general election ballot question allowing up to 35 of them statewide. Twenty dispensaries made it to the provisional license stage and may be allowed to open this summer, with the closest outside of Cambridge being two in Boston and one in Brookline.

It’s also been five months since Cambridge’s medical marijuana overlay districts were approved by the council, and some residents are beyond impatient.

“We have many patients with very many severe health problems who have been waiting for a long time. I’ve been waiting for dispensaries to open in Massachusetts for 19 years,” said Chandra Batra, who suffers from the severe pain condition fibromyalgia and became a medical marijuana activist because the marijuana could help her. “I’ve been fighting for this to open to save my health and save the lives of people, many of whom didn’t live long enough and some whose lives are being threatened right now. There are members of [the Massachusetts Patient Advocacy Alliance] who fought really hard who are now in nursing homes with their health deteriorating. There are members with ALS who can no longer speak and may soon not be able to eat or process food because marijuana isn’t an option.”

“This is so vital that you guys proceed with the utmost of haste and that a dispensary opens in the city, for some very very ailing and dying patients,” Batra told councillors during Monday’s public comment period. “It breaks my hearts that all the work we did is now falling apart.”

Mike “Cann” Crawford, who uses medical marijuana for chronic pain and writes about marijuana for DigBoston, said it was time for Cambridge to take the lead and open a dispensary. “Medical cannabis saved my life. It allows me to work full time and live like a normal person,” he said. “I’m a conservative person, I don’t like to flaunt it, but I’m a medical marijuana patient and not ashamed of it. I support this dispensary with all my being.”

When he urged councillors to support Greene’s zoning request, it was to “please, please support the patients on this.”

“The issue we have now is that people still don’t have access. We passed a law and there’s no access,” Cann said.

Next story: Pot dispensary plans to appeal rejection based on ‘inadequate financial capital’