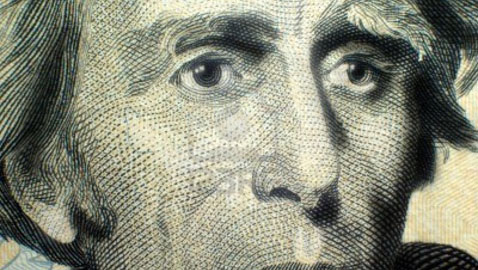 A dozen home-school Cambridge kids have a bold goal: Gather 100,000 signatures by June 15 on a petition to get President Andrew Jackson off the $20 bill, because that’s the number of signatures needed to get President Barack Obama to give an official response to the request.

The petition grew out of a lesson in their group U.S. history class, said Zachary Barneson, whom Mayor David Maher said had visited City Hall roughly a week ago to learn how to lobby the council.

“We learned about the awful things that happened to Native Americans while our country expanded westward,” Zachary said, leaving classmates such as Shayla Gottlieb to enumerate the awful things – including killing of Native American women and children after massacres of their tribes’ warriors; passage of the Indian Removal Act; defiance of the Supreme Court when it sided with the Cherokee; and ownership of slaves.

“Even by the standards of his time, he was vindictive and dishonorable,” Shayla said. “Certainly we can find a better role model than Jackson.”

They found support from councillors such as Marc McGovern who recounted finding the group talking about Jackson in the Four Burgers restaurant in Central Square, leading to a tour of nearby City Hall.

“Sometimes the general feeling is that ‘We’re going to support this because it’s the kids.’ This is a really good idea whether it’s kids or adults,” McGovern said. “My support of this isn’t because it’s a bunch of students and young people bringing this forward, but because it makes sense.”

Councillor Nadeem Mazen agreed, adding that he was happy to see “the next generation of activists” come forward.

One skeptical note was sounded by councillor Craig Kelley, who was unsure where Jackson ranked on the scale of presidents represented on U.S. currency who’d done unsavory if not horrific things. (For instance, it is agreed that 12 presidents owned slaves, and eight did so while in office.) He couldn’t support the petition without “understanding more about where Andrew Jackson stands,” although Maher noted that all a council vote would do was place the petition on file.

“I think that they know this is a federal issue, and not a local issue, but one that we’re happy to hear about,” Maher said.

Kelley wasn’t alone in questioning that Jackson should be singled out. In the comments section of the kids’ video, more than one watcher called out other slaveholder presidents – although one also agreed that the so-called Arbuthnot and Ambrister incident, in which Jackson arguably committed a war crime by executing two British subjects on suspicious grounds, was in fact “a really good argument for kicking him off.”

In general, the kids’ goal found much support among the nearly 5,000 viewers of the video since it was posted May 20.

“Brilliant … this seeks to right some wrongs,” said a watcher identifying herself as Melinda Schwakhofer, a member of the Muscogee tribe that went to war against Jackson “and were removed to ‘Indian Territory’ in the 1830.”

“These kids are making history come alive,” said Cambridge’s Sam Diener, “and working to create a new history, a history in which we refuse to honor war crimes.”