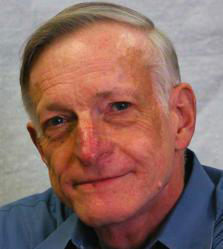 A $140,000 education consultant is promising that in seven days next school year his system will show how to correct the flaws of teacher-education programs and even “significantly and measurably” decrease the achievement gap that has afflicted the district for decades.

“It is going to be known that kids who previously would have dropped out of school will stay, because they feel that their teachers believe in them, and they will go onto post-secondary education and have the thinking tools to stick it out,” said Jon Saphier of Research for Better Teaching, presenting at a May 20 meeting of the School Committee some of the methods and goals of a project begun with the Cambridge school department.

The program, called The High Expertise Teaching Project, hopes to elevate overall teaching, apparently by creating a learning lab in each classroom every day. His professional development program will be for educators above the teaching level, who would implement the principles districtwide.

The 2014-15 school budget includes this program under its strategic goal to “develop effective educators and instructional leaders.” The program is paid for with $40,000 in the current year’s budget for time spent planning and $100,000 in next year’s budget for the seven-day implementation.

Saphier began a spirited presentation with a historical context for approaches to improving student achievement. [Table] These approaches all failed to affect achievement, he said, because “they all have one missing piece: focus on high-expertise teaching.”

Saphier stressed that the qualities of an effective teacher are many. He made the case that being “a smart and literate person who knows their content [and can] learn everything else” isn’t enough, “because ‘everything else’ is … huge.” He showed a list of 14 other “skills” that a good teacher needs, such as analysis of student skills, cultural proficiency, motivation, technology and team collaboration skills.

The plan to expand “high-expertise teaching,” he described, is to create excellent instructional leadership among the coaches and supervisors of teachers in recognizing and developing those skills. In Cambridge, this means principals, assistant principals, curriculum coordinators, the Office of Student Services leadership team, school-based instructional coaches, district instructional coaches, Cambridge Education Associate union president and four CEA representatives and the superintendent’s cabinet. “You’ve got to have a No. 2 person at a school, and you have to have a good one,” Saphier added in outlining the support needed to make the project work.

Saphier’s organization will work for seven days with mixed teams of these leaders to improve the results of teacher evaluations, he said, to create “a capability to help people see more when they visit a class.”

Teachers will be included, but first leadership needs to be signed on and excited, said Assistant Superintendent Carolyn Turk, who was instrumental in creating the partnership with Saphier.

Helping to develop good teachers from the day they are hired is crucial, Saphier noted. He pointed to Assistant Superintendent Jessica Huizenga’s hopes to develop a three-year orientation program for new teachers as an important initiative that would dovetail nicely with the High-Expertise Teaching Project.

When asked by School Committee member Fred Fantini whether education schools are doing their job, Saphier was blunt.

“No,” Saphier said. “The whole design is flawed. We don’t have lab schools or residency schools. Student teaching is not enough … Hiring teachers right out of school is the equivalent of taking a third-year medical student and putting them in the operating room.”

Professional development, he said, cannot be performed adequately outside a classroom, meaning there needs to be much more attention to learning and spending time in classroom situations. “The school as the workplace is the main place people improve their practice,” he said, bringing enthusiastic nods from an audience of mostly school superintendent cabinet members and union president Chris Colbeth-Hess.

Committee members liked much of Saphier’s message. Member Richard Harding singled out Saphier’s definition of a “set of beliefs” that all teachers need to relay to all of their students: What we’re doing is important; you can do it; I won’t give up on you, even if you give up on yourself.

Member Patty Nolan expressed satisfaction in hearing an emphasis on quality for all teachers, and Kathleen Kelly was attracted to Saphier’s description of “non-defensive examination of practice” in which he portrayed teachers learning from each other without singling people out to say “here is the teacher you should learn from.” Mervan Osborne liked Saphier’s esteem of cultural competency in a good teacher.

Saphier said that one of the outcomes of his project is that Cambridge “will attract the best teachers because Cambridge will become known as the place that makes you the best,” and Fantini envisioned the city becoming a “pipeline” of great teachers.

Yet members also seemed to struggle with exactly what the program was and how it could happen in seven days per year. They asked how it would fit into the principals’ and teachers’ already busy schedule.

Saphier repeatedly emphasized, “This is not an add-on to the other programs.” He used an analogy of all the programs being pots on the stovetop, and The High-Expertise Teaching Program being the gas powering the stovetop.

If Cambridge does everything you ask, Mayor David Maher asked, “what do we look like three or four years down the road?”

“Your achievement gap is significantly and measurably diminished,” Saphier answered. “People will also be beating on the door to work at this district because it will be known that if you work here you will become a great teacher.”

By the end of the first year, he said, you will see “changes in teaching practice … and anecdotal stories about kids being reached who weren’t before.”

Saphier pointed to his work in other places, including Montgomery County, Md., where over 16 years there has been progress in improving student achievement; Long Beach, Calif.; Nassau County in New York; and schools in Oregon where he said “momentum is building” after three years of work.

“[Cambridge] is the place that has the resources and people to pull this off if we keep focused,” he promised. But he acknowledged, “At a certain point you have to say ‘no’ to grand initiatives. There’s just so much energy and engines. Your teachers are under extreme pressure.”