Among ‘One Hundred’ of cancer fighters are Fathi, Greer, Myerson, Rosenthal 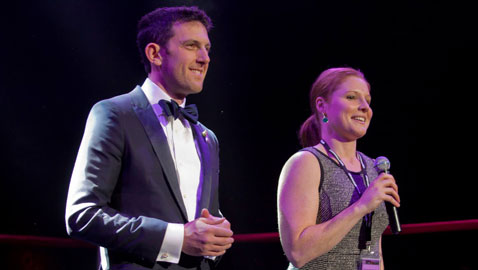 Among ‘One Hundred’ of cancer fighters are Fathi, Greer, Myerson, Rosenthal

This seventh annual hospital event, called the one hundred, whittled down a list of nearly 1,000 nominees – then brought together roughly that number for a June 10 gala was held at the Westin Boston Waterfront for a sold-out event with actors Valerie Harper, Matt Damon and Chris Cooper and a special live performance from “American Idol” winner Phillip Phillips in tribute to the honorees.

The Cambridge honorees were:

Andrew Myerson who, with Julie Anne Kelly, started Haymakers for Hope, a boxing-based charity that has raised more than $2 million for hospitals’ cancer programs and research facilities.