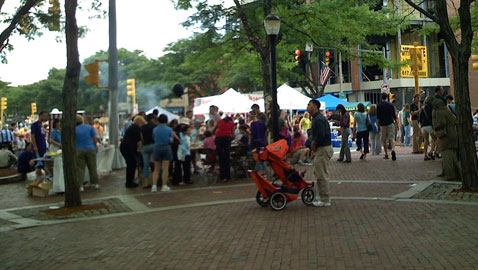 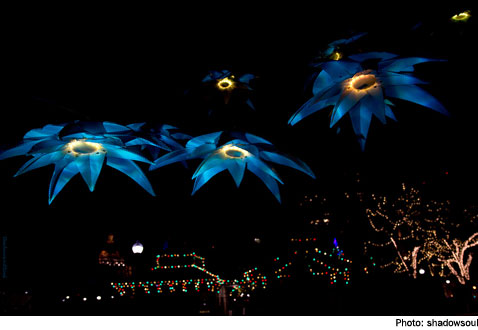 The Artbeat public arts and music festival has food, dance troupes, 75 craft vendors, more than a dozen bands and – because this year’s theme is “Hatch!” in honor of Somerville’s role as an incubator for ideas – hatch-themed activities. In addition to the performances, the Somerville Arts Council-sponsored event features public art, including Julia Jerome’s “Waterlily Sky” on the bike path in Seven Hills Park; Gary Duehr’s “Sleep Cycle” near the bike path and Buena Vista Road; Jodi Colella’s “Pollination,” which lets people extract conversation-starting questions out of pod-like sculptures; and Nicole Duennebier’s three large-scale dioramas (containing the work of a dozen more artists) in the CVS windows known as the Inside/Out Gallery.

Look out also for “Curious Creatures,” which includes interaction with animals including an alligator and a snake; and food samples and information at a Nibble Booth, an invitation to design the M.U.S.C.R.A.T art bus and a chance to decorate an egg and let it roll through a contraption created by Artisans’ Asylum makers.

The full schedule is here.

Two art-rock groups share the stage, starting with Strange Changes rolling out new material and surprise covers. Then Bent Knee returns from a North American tour to celebrate the release of their second full-length record, “Shiny Eyed Babies.” Both bands will be filming concert footage – Strange Changes debuting the follow-up to their buzzworthy “The Dillinger Escape Plan” cover and more for YouTube, and Bent Knee capturing their entire set for a concert film release.

This community music school hosts a too-cool throwback to the work of Ken Nordine with Harvey Diamond on piano, James Miranda on saxophone and Jon Dreyer on bass backing the work of storyteller Kara Brooks and poet Melissa Anne. 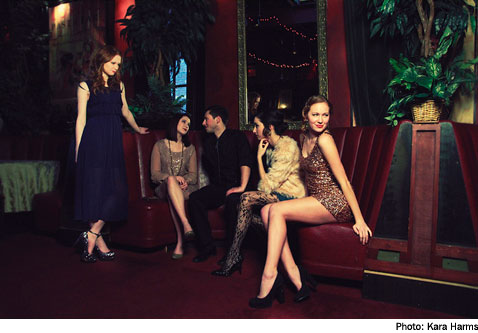 Cambridge not fancy enough for you? This annual summer ball will make up for it with its full-course dinner, drinks, champagne, dancing and entertainment. Formal dress is strongly recommended for this 18-plus event. The night starts at 7 p.m. with a selection of cheeses with crackers, passed hors d’oeuvres and crudites. The dinner is at 7:30 p.m. with choices of Herb Roasted Chicken, Wild Mushroom Ragout with Farfalle, Roast Loin of Pork with Peach Glaze, Roasted Salmon with Lemon Gastrique or Swordfish with Grilled Red Onion Chutney (as determined by the market Saturday). Sides offered are Creamy Polenta, Grilled Asparagus, Crushed Rosemary Red Potatoes and Market Greens. There will be a selection of desserts and specialty cocktails that include “The Jay” and “Daisy.” The party begins at 10 p.m. with DJ Philip Alexander Olapade.

The Mercury Orchestra joins forces with the Mercury Orchestra Chorale and the acclaimed voices of Anne Harley and Sarah Rose Taylor to present Gustav Mahler’s intensely lyrical and spiritual statement in a single performance. Channing Yu conducts. Information is here.