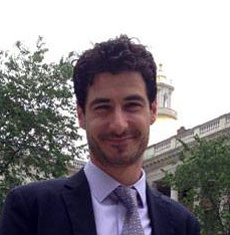 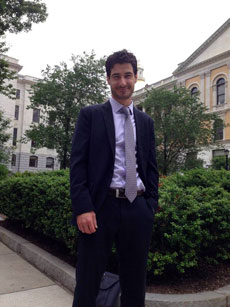 John Greene, founder and CEO of the Greeneway Wellness Foundation medical marijuana dispensary, says he has a meeting Thursday to appeal a rejection from state Department of Public Health officials.

The city’s sole proposed medical marijuana dispensary looks to be back on track, along with its needed zoning, a solid banking arrangement and an informal presentation scheduled for Thursday with the state officials who shut the plan down last month.

With all these things in place, a Greeneway Wellness Foundation dispensary opening could be expected early next year, said John Greene, founder and CEO of Greeneway, at the summer special meeting of the City Council held Monday. It would put Greeneway on pace with other openings statewide.

State Department of Public Health officials turned down a Greeneway dispensary June 27 with an accusation the company had been “misleading” in its required documentation of having $1.3 million “in its control and available” for three dispensaries.

But that was a result of banks being unwilling to accept marijuana dispensaries as clients when, despite pharmaceutical use of the drug being legal at the state level, it remains illegal federally. On Monday, Greene said his company was working to establish a relationship with Century Bank in Medford, where Greeneway would keep $650,000 for a Cambridge dispensary.

With that in place, “we feel confident” about turning around the DPH rejection at an informal review of the situation to be held Thursday with state officials, Greene said.

The second item falling into place was the expansion of a city “medical marijuana overlay district” to 61 Mooney St., down a block defined on two sides by where a dispensary could already operate in the Alewife neighborhood – about 1,000 feet away. The council moved zoning to expand the district to a second, typically pro forma reading that would allow Greeneway to open in the former office space and labs of Amag Pharmaceuticals.

The building matches the requirements of city dispensary rules and even has equipment still installed that is suitable for medical marijuana use, said Charles J. Mabardy, owner of the facility and the surrounding six acres. He asked as far back as October for Mooney Street to be included in the district. (For Greene, this was the second location he found for a dispensary that was right outside an overlay district but otherwise matched city criteria, such as being at least 500 feet from a place where children gather.)

A handful of residents spoke about marijuana and Greeneway, nearly all in support of the dispensary opening and two reminding councillors that Cambridge residents “voted overwhelmingly” in November 2012 in favor of having a dispensary. In a vote that also approved up to 35 dispensaries statewide, although only some 20 dispensaries made it through the first stages of the certification process, 73 percent of Cantabrigians were in favor and 19 percent opposed.

Resident Elizabeth Feigenbaum said statistics from other states with marijuana dispensaries serving people with pain and chronic illness showed they did not lead to an increase in crime, and that she didn’t believe the presence of a dispensary would change the character of the neighborhood. “I believe Greeneway will be a terrific neighbor. We ought to be doing all we can to make sure he winds up in Cambridge,” she said. Speaker Izzy Maxwell stressed that Greeneway planned to sell non-euphoric strains of marijuana – good for people in pain, basically useless for people who just want to get high.

Mike “Cann” Crawford, who uses medical marijuana for chronic pain and writes about marijuana for DigBoston, said experts such as Greene and himself knew months ago that banking issues would be a problem, and that the state should have known as well.

“It was unfair what DPH did,” Crawford said, insisting that if Greene’s case landed in court, he would win. “We should be proud to have him in Cambridge.”

At a July 2 meeting of the council’s Ordinance Committee, several councillors spoke positively about Greene and his company, and signaled approval for the expansion in zoning, with councillor Craig Kelley summing it up as “a logical expansion” and a wise change.