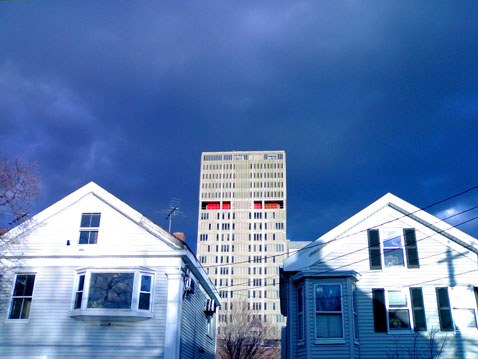 The Planning Board voted Tuesday to approve the redevelopment of the former Edward J. Sullivan Courthouse site in East Cambridge. After deliberating extensively during a four-hour meeting, the board voted 6-0 to grant special permits to Leggat McCall Properties to redevelop the courthouse site into a mixed-use commercial and residential building. About 75 people were in attendance at a slow and technical meeting at the Kennedy-Longfellow School.

But the process may still be arduous. Local residents, led by the James Green Condominium Association, have vowed to appeal the decision in court. Michael Hawley, who represents that group, did not attend the meeting and could not be reached Tuesday.

City officials have until Oct. 30 to formally write up and file the decision. After that, there are 20 calendar days during which an appeal may be filed.

The special permits granted included many conditions, some standard and some specific to this case. Leggat must fund an independent expert that the city will hire to evaluate its wind study and mitigation issues – residents have long complained about the wind from the courthouse tower, and Leggat’s past presentation to the board had indicated that wind conditions would be about the same, but might even worsen in some spots. The board also felt that the lighting plan for the building required additional staff review, as did a plan for retail.

The board asked, and Leggat seemed agreeable, for the 24 residential units to be divided equally into eight affordable units, eight middle-income units and eight market-rate units – a substantial change from the four affordable units proposed originally, but a small financial impact on the project because the commercial part of the building will bring the bulk of its revenues.

The board also granted Leggat’s request for a special permit to allow parking within 1,000 feet of the site, which would allow the building to use the parking garage at the CambridgeSide Galleria mall if the City Council is unwilling to grant Leggat permission to lease the First Street Garage.

Rob Dickey, Leggat’s executive vice president in charge of this project, was jubilant but tired after the meeting, and deferred comments until business hours Wednesday.

Update: An earlier version of this article incorrectly represented the position of the Neighborhood Association of East Cambridge with respect to appealing the decision. Michael Hawley does not represent the NAEC, which has not vowed to appeal. Hawley represents only the smaller James Green Condominium Association.