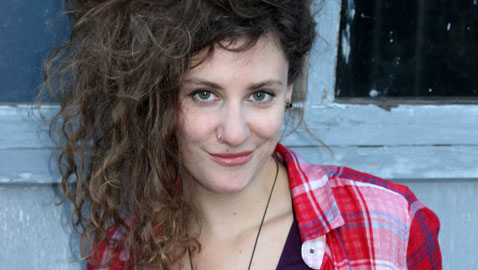 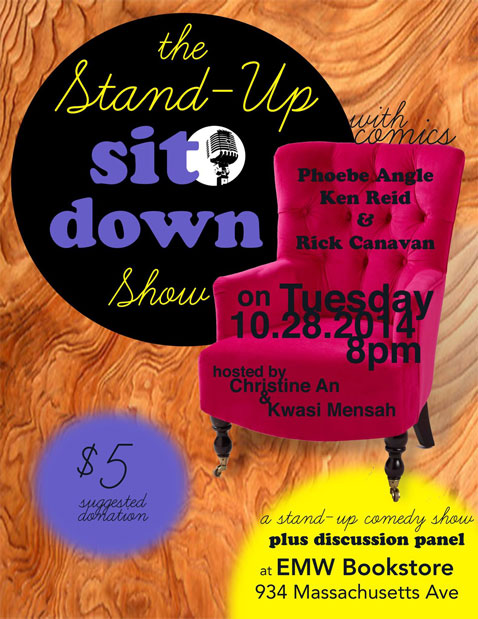 The Stand-Up Sit Down returns Tuesday with three comedians – and then a chance to ask those comedians about their joke-writing and artistic process and the material they did that night. (If you plan to attend and already have a question in mind, ask it here.)

The show, brought to town by comedians Kwasi Mensah and Christine An, this time around features:

Phoebe Angle, a recent comic in residence at The Comedy Studio, finalist in the Portland, Maine, Funniest Comic Competition and host of a weekly open mic at The Tavern at the End of the World.