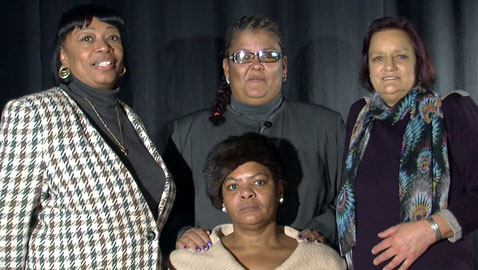 World AIDS Day has long been an annual tradition for Cambridge Community Television, with the station preempting regular programming on Channel 8 each Dec. 1 to run a scroll of names of community members, friends and loved ones who lost their lives to the disease.

This year, the scroll starting at 12:01 a.m. Monday will be interspersed with special programs that have been produced by CCTV for this annual memorial, Executive Director Susan Fleischmann said. Past programming has ranged from an original dance piece by choreographer Rozann Kraus to interviews with women infected or affected by the virus.

The day was started in 1988 by the World Health Organization to inspire people worldwide to unite in the fight against HIV. Even as successful treatments and longer life expectancies make that fight fade in urgency, people are encouraged to get tested. The Centers for Disease Control say more than 1.2 million people in the United States are living with HIV infection, and almost one in seven, or 14 percent, don’t even know.

There are as many as 32,345 people living with HIV or AIDS in Massachusetts, with or without an actual AIDS diagnosis, according to the state Department of Public Health Office of HIV/AIDS, and the government urges testing especially for those involved in high-risk risk activities to prevent further spreading of the disease.