‘Wild Tales’: From quirky to the macabre, but all sprinkled with O. Henry ingenuity 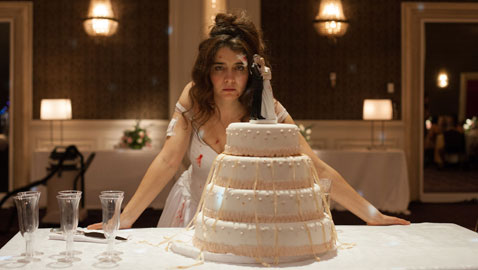 ‘Wild Tales’: From quirky to the macabre, but all sprinkled with O. Henry ingenuity

These six seemingly disparate stories range from the quirky to the macabre and unfold with plenty of punch and panache. Much of “Wild Tales” is owed to Tarantino’s “Grindhouse,” “Creepshow” and O. Henry, not to mention Pedro Almodóvar, who produced Damián Szifrón’s subtle social commentary on Argentinean class and sense of justice and elevated it to the world stage. The film was a hit at Cannes and was one of five finalists in the Best Foreign Language Film category at the Academy Awards. 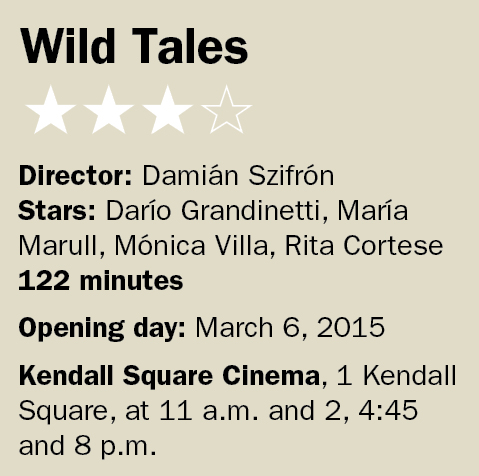 The title (“Relatos Salvajes” in Spanish) is perhaps too literal. Not that that’s a problem; it’s just not in line with the idiosyncratic ingenuity sprinkled otherwise throughout. The most cheeky and dire vignette comes even before the opening credits roll as a music critic (Darío Grandinetti) on an airplane realizes the woman in the seat next to him (María Marull) is not only a famous runway model but the ex-girlfriend of an aspiring musician he once panned. The six degrees of separation does not stop there, or even at that row. Less dramatic are the civil demolition engineer (Ricardo Darín) who becomes at odds with the municipality of his employment when he piles up too many parking tickets or the segment titled “The Bill,” in which a wealthy power broker (Oscar Martínez) decides the best way to get his “too drunk to remember” son Alan Daicz) out of a hit-and-run predicament is to pay his loyal landscaper (Germán de Silva) to take the fall.

More eye-popping is the road-rage grudge match between an Audi-driving yuppie (Leonardo Sbaraglia) and a pickup-driving slowpoke (Walter Donado) that, while caving to stereotype, deftly maintains the balance of sway as the stakes rise from harsh words to angry door-bashing and beyond. The most visceral installment revolves around the degrees to which a timid waitress (Julieta Zylberberg) will go when she randomly encounters the loan shark (César Bordón) who triggered her father’s demise. The finale, “’Til Death Do Us Part,” perhaps the most outlandish and absurd, walks a fine line as a newly married couple (Erica Rivas and Diego Gentile), at their wedding reception, become unraveled by a single text. Infidelity, fisticuffs and a food fight figure into the ensuing foofaraw with dark comic flair.

Beyond the curio of heightened conflict and resolution, themes of revenge, Kafka-esque bureaucracy and class privilege and struggle pervade “Wild Tales,” giving it ballast and a deepened sense of character and the human condition. That said, the cadence of each tale – setup, all-bets-are-off line in sand, followed by a grand reveal – starts to become a bit too familiar by midpoint, and there’s no binding linchpin between the far-ranging chapters. Thankfully, the ending all go off in unpredictable directions and the scenarios are arranged in a pattern than begins and ends with a flourished high. Given the construct of “Wild Tales” it’s too early to induct Szifrón into the company of Alejandro González Iñárritu and Alfonso Cuarón as the next great Latino auteur, but he’s a sure contender.