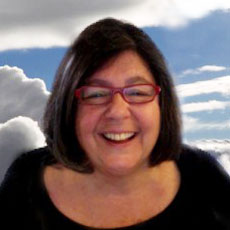 Terry DeLancey, executive director of the Agassiz Baldwin Community for more than 30 years.

The Agassiz Baldwin Community is a private, nonprofit organization that has provided community-based, citywide programs with a focus on children, arts and community for more than 40 years.

Through its many programs, ABC provides essential services to families and organizations throughout Cambridge, and community leaders have expressed gratitude for DeLancey’s years of service and enthusiasm for LaPage’s appointment.

“We are truly excited about this dynamic transition,” said board co-chairs Miriam Goldberg and Andrea Walsh. “We believe that Maria is uniquely suited to lead the agency with the same care and attention as has been our tradition.” LaPage graduated from Beloit College and worked as an elementary school math teacher before joining ABC in 2008. LaPage has contributed a number of creative innovations to the agency, and she has worked to integrate ABC’s Afterschool and Outback Summer Program with Maud Morgan Arts. She is completing a certificate from Boston University’s Institute for Non-Profit Management and Leadership.

Since 1981, DeLancey has guided ABC through many changes, including establishing ABC’s nonprofit status, the purchase of the property at 20 Sacramento St. and the founding of Maud Morgan Arts. Over the coming months, DeLancey and LaPage will work together to ensure a smooth transition for ABC’s programs and for the agency’s network of connections with other nonprofits, businesses and city departments.

A community reception to honor DeLancey and LaPage will be held at the ABC Annual Meeting on May 12.