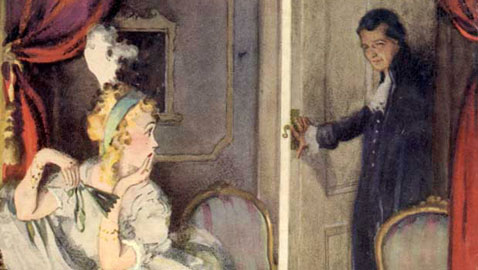 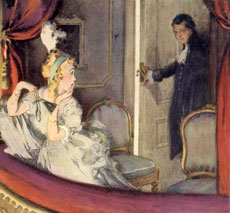 Love Paris in the springtime? The Post-Meridian Radio Players’ “Spring Adventure Spectacular” gets you much of the way there via some pulpy scripts and well-chosen sound effects.

The Players are an audio drama group, meaning they present shows in the style of the Golden Age of Radio – with actors in front of microphones and sound effects produced live on stage. With this double-feature they bring to life the gentleman thief Arsène Lupin (first popularized in 1905 in stories by Maurice LeBlanc) and his contemporary the Scarlet Pimpernel (begun as a play in 1903 by the Baroness Emma Orczy).

In “The Mysterious Traveler,” Lupin intends to steal the cargo of a Rouen-bound train but runs afoul of others aboard who have their own plans. (By taking some additional material from the works of Sir Arthur Conan Doyle, “The Mysterious Traveler” gets a guest star that may surprise some.) “The Scarlet Pimpernel” examines the identity of the mysterious Englishman saving French aristocrats condemned to the guillotine during the Reign of Terror.

Performances are at 8 p.m. Thursday through Saturday, and at 8 p.m. March 27 and 2 and 8 p.m. March 28 at Responsible Grace Church, 204 Elm St., near Davis Square, Somerville. Tickets are $15 general admission, or $12 students and seniors, and can be bought in advance or reserved to buy at the door.

This post was updated March 25, 2015, to remove the identity of the guest star in “The Mysterious Traveler.”