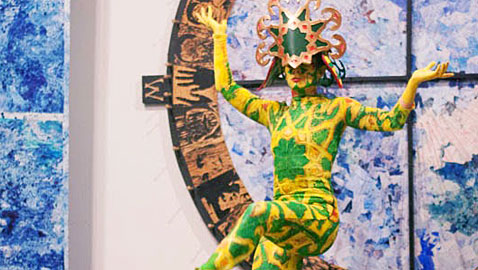 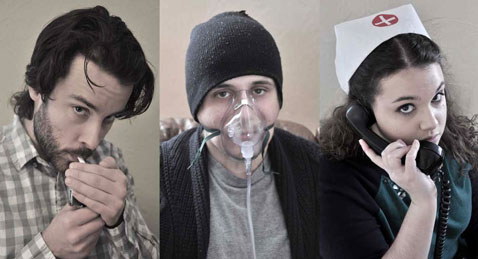 The Exiled Theatre company premieres with five short plays by James Wilkinson that signal a certain tone both with the name (“Strange Days: 5 tales concerning dark paths, odd mercies and birthday cake”) and a warning to leave kids under 14 at home. Directed by Teri Incampo and featuring Daniel Bitar, Katherine Jordan, Eric McGowan and Gail Shalan, the plays include “Delicious,” in which delivery of mysterious packages leads a man to a detective for answers; “Drive,” in which a good citizen offers a lift to an ailing man and his guardian but finds things take a turn for the worse; “Nurse Call,” in which a late-shift nurse takes a call from a fragile woman and does her best to put her at peace; “Strange,” in which a woman disappears on a secluded island, and her sister and boyfriend are at odds on how to lure her back; and “Grace,” in which a night of two cops drinking and talking goes wrong when one refuses to call it quits. Information is here.

Local renaissance/power couple Sophia Cacciola and Michael J. Epstein premiere their second feature film, “Magnetic,” a cerebral, musical reverie that puts Alice, an escapee from New York, at an odd desk job in an office hundreds of feet beneath a sheep farm in her desolate hometown. With the world ending soon, cult members running around and people losing their ability to dream, Alice must piece together why she is so essential to the preservation of all life on Earth. Festival reviewer Melinda Green said Cacciola and Epstein “have created a tale just as ambitious and beautiful as it is perplexing and infuriating … ‘Magnetic’ will draw you in – but you may never quite be sure just how or why.” Information is here.

The members of Diamond Rug are very sensitive to being called a supergroup, because they know the mixed reputation – of gimmicky projects that don’t cohere – can put people off. But this particular supergroup (Deer Tick’s John McCauley and Robbie Crowell, former Black Lips guitarist Ian St. Pé, Dead Confederate’s T. Hardy Morris, Los Lobos’ Steve Berlin and Six Finger Satellite’s Bryan Dufresne) claims just one goal: delivering rock ’n’ roll in its most pure and uncorrupted form. In fact, the story of the band’s chance formation back in 2011 is really just a about St. Pé, McCauley and Dufresne pounding beers in a Rhode Island hotel room after a Black Lips show. “We decided we were gonna start a punk project where all our songs were about weed,” McCauley says. They’ve more or less stuck to being a bunch of good-time buddies getting together to crank up the amps and let it rip, although the band’s sophomore album, “Cosmetics,” has been called “a swinging, swaying set of impromptu party rockers that betray a hint of tomorrow morning’s hangover and the introspective clarity one can find in the come down.” Information is here. 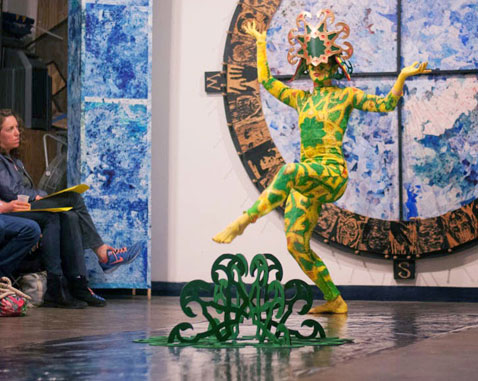 This all-ages interdisciplinary art experience looks at two women whose work elevated humanity and changed the course of history: astronomer Caroline Herschel, called the first female professional scientist, who lived from 1750 to 1848 and discovered more than eight comets, a dwarf galaxy and crucial advancements in telescope technology; and Rabaa Al Adawaya, one of the most important mystics in the history of Sufism, who in the eighth century created the doctrine of divine love – devotion to god for love’s sake, not for the sake of reward or punishment. The guide to exploring how humans probe the impenetrable and diagram the unseen is Doñagdeo, a wearable-art character created by Basil El Halwagy and performed by Glenna Clifton. The character’s choreography focuses on key moments in each figure’s lives, in search of parallels, common themes and transitions between the two stories. Information is here.