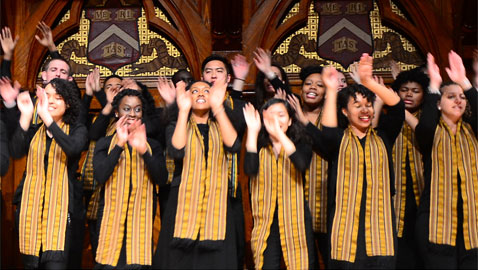 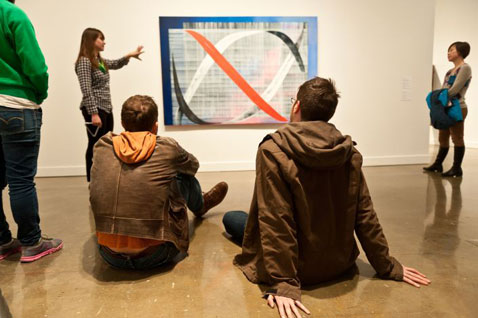 This local celebration of a global event lets art appreciators slow that appreciation way, way down – to five works of art in an hour from the 15 to 30 seconds the average museum visitor spends. The five works to luxuriate in with guide Courtney Klemens come from the exhibitions “Katrin Sigurdardottir: Drawing Apart” and “Joan Jonas: Selected Films and Videos, 1972-2005,” and afterward there’s a chance for lunch and discussion of revelations at Clover Kendall Square (unlike the visit to the gallery, participants pay for their own lunch). To sign up, email here. Information is here. 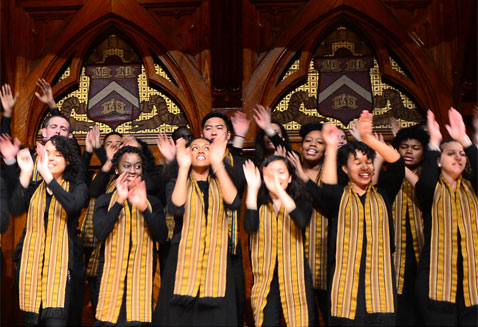 Kuumba Singers of Harvard College at 8 p.m. Saturday at Sanders Theatre, 45 Quincy St., near Harvard Square. Tickets are $12 for general admission, or $8 for students.

Prepare to be uplifted. The Kuumba Singers of Harvard College have been performing music, dance, song and spoken word since 1970, when a couple of undergrads acted to provide community, spiritual inspiration, political motivation and cultural stimulation to Harvard’s black students after the 1968 assassination of the Rev. Dr. Martin Luther King Jr. and a 1969 Harvard Strike. Forty-five years later, the Kuumba choir – its name roughly means “creativity” in Swahili, but also refers to leaving a space better than you found it – has chosen the concert theme of “Arise.” Information is here.

All four of the high school’s a cappella groups – the boys group Bro’Cappella, girls groups Sassafras and Girls Next Door and coed group Pitches and Do’s – will perform, alongside guest high school groups and The Nor’Easters of Northeastern University, with proceeds going to Youth on Fire, a drop-in center for homeless and street youth in Harvard Square. Information is here.

(If that’s not enough a cappella for you, check out The Pow! Arrangers from 3 to 5 p.m. Sunday at The Center for Arts at the Armory, 191 Highland Ave., Somerville. The group claims to be “Boston’s premier pun-based a cappella group,” just so the niche is clear.) 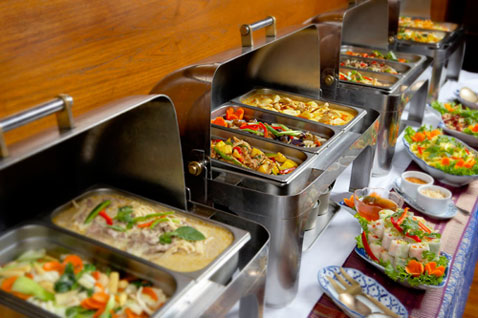 Thai Cultural Night ’15 with all-you-can-eat Thai food from 7:30 to 10 p.m. Sunday at the Massachusetts Institute of Technology’s Building 50, also known as Morss Hall, at 142 Memorial Drive. Advance tickets are $12 general admission, or $10 when bought in groups of four or more. Admission at the door is $15.

Immerse yourself in Thai classical and popular cultures – enjoy all-you-can-eat authentic Thai food, play games, win prizes and watch performances from Thai students at the institute and by its Asian Dance Team. Morss Hall is transformed into a Thai high school for this event; if you’re feeling particularly silly, you can take photos with institute mascot Tim the Beaver in Thai costume. Information is here.

This nine-night, 24-band battle begins tonight with the promise of bringing local performers cash prizes and production help in addition to visibility (and a ceremonial tiara); it promises attendees a helluva good show. Bands in this first preliminary include Mister Vertigo at 9 p.m.; The Rare Occasions at 9:45 p.m.; Band Without Hands at 10:30 p.m.; and Nemes at 11:15 p.m. Doors are at 8 p.m. for this 18-plus show. Information is here.