For this Baffler event, Charles Pierce joins the fashionable set 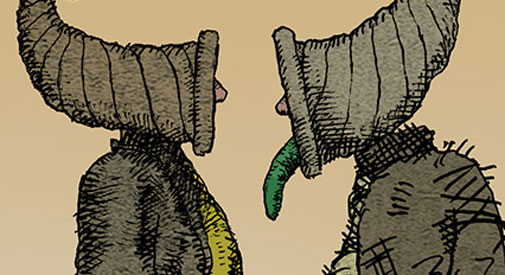 For this Baffler event, Charles Pierce joins the fashionable set

Usually evenings with this journal include readings based around the latest issue. This time people are invited to just join the conversation.
By Marc Levy

Usually evenings with The Baffler – the Cambridge-based journal of long-form thinkpieces – include readings or presentations based around the latest issue’s essays. This time, editor-in-chief John Summers just wants people to come by and join the conversation.

“Venus in Furs,” the new issue, is still up for discussion with Summers and contributors Eugenia Williamson, George Scialabba and Catherine Tumber. But don’t expect a themed talk like Scialabba gave for his “Endlessly Examined Life” in October, even though this is the magazine’s first-ever fashion issue. (It’s only “fashion” after a fashion, of course. Here’s a rundown of what’s in the issue.)

“This is a convivial happy hour,” Summers said, “for baffled, discontented or overeducated professionals with a sense of humor and spirit as yet unbroken.”

Charles Pierce, of Esquire’s “Charles P. Pierce on Politics” blog, will be on hand and in the mix, Summers said.

Check out the flier below, and RSVP here.