In small comfort, wait list for public housing may be shorter than thought 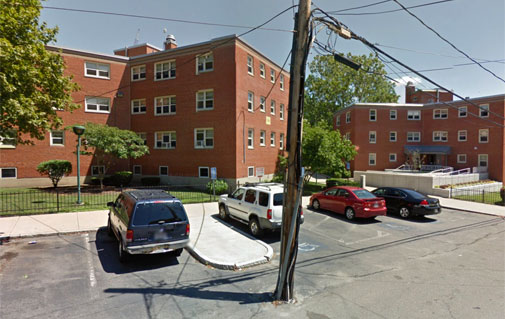 In small comfort, wait list for public housing may be shorter than thought

Public Housing tenants at the Putnam Gardens development who choose to relocate with Section 8 subsidies will get 42 months with higher rent and can move back after renovations, officials say. (Photo: Google)

In the long-running debate over development in Cambridge, the Housing Authority waiting list of about 10,000 households has symbolized the need for affordable housing. But how accurate is that figure? Recent experience suggests that the number of low-income applicants who still want a public housing apartment here – while still huge – could be considerably smaller.

At the request of the City Council, the Housing Authority sent letters April 23 to all 10,000 applicants telling them the wait list was closed and essentially frozen, because planners need vacant apartments to relocate residents displaced by the biggest redevelopment project in the authority’s history. Within a week, 120 letters had been returned by the post office as undeliverable, and more are expected, CHA officials said April 29.

More telling, almost half of the applicants who were contacted by the agency in the past 12 months to begin the process of actually getting an apartment either did not have a valid address or did not respond. Of the 409 households contacted by mail, 66 letters were returned by the post office and 132 applicants didn’t get back to the authority within six months, Deputy Executive Director Michael Johnston said. That’s a total of 48 percent who didn’t take advantage of the opportunity.

The reason isn’t known; some might have simply given up because of the long wait time. The 198 missing households can appeal to get back on the waiting list, Johnston said. He added that the authority pares the list periodically by contacting everyone on it; the most recent update was four or five years ago, he said.

At a meeting of the City Council housing committee April 14, Johnston described a similar lack of response from people on the waiting list for Section 8 rental assistance vouchers. The subsidies pay a portion of the rent for low-income families and individuals. “You call in 20 people [to offer them vouchers] and five people come in,” Johnston said.

“People wait so long they move away,” he said.

Some people turn down vouchers tied to a specific apartment, known as project-based vouchers, because they want a “mobile voucher” that allows them to move and keep the subsidy, he said. One management company that operates private affordable housing developments financed with restricted vouchers would call 50 people on the Section 8 waiting list but couldn’t fill vacancies, and would have to “ask [CHA] for more names,” Johnston said.

The Section 8 waiting list has been closed to new applicants since 2003; the authority is about to reopen it and will select applicants during the first month by lottery, Johnston told the housing committee. Agency officials want to change the application process to allow people to apply for project-based vouchers in specific buildings as well as for mobile vouchers, he said. There are 1,000 private apartments with project-based vouchers; the voucher for an apartment becomes available when a tenant moves out.

But people who get on the reopened Section 8 list could wait a long time for assistance. The authority will first offer 250 Section 8 vouchers to public housing applicants, softening the blow of freezing the public housing waiting list during the redevelopment project, officials said.

Meanwhile, the Section 8 program shows clearly how rents here continue to rise sharply. Low-income applicants who do get a new Section 8 certificate find it increasingly difficult to find an apartment in Cambridge at a rent the government will subsidize. Under the program, tenants pay 30 percent of their income as rent and the federal government pays the rest, up to a level set by government agencies.

The Housing Authority, which manages the program in Cambridge, already allows higher Section 8 rents in the city than those in place in other areas of the state because of skyrocketing rents here. On April 29, CHA commissioners approved even higher rent levels for some public housing tenants who are getting Section 8 certificates because they must move out of their apartments temporarily, during the authority’s extensive reconstruction project.

Tenants at the Putnam Gardens development who choose to relocate with Section 8 subsidies will be able to rent more expensive apartments. The special rents, which apply only to Cambridge apartments, expire in 42 months, after tenants can move back to Putnam Gardens, even if they don’t return.

Authority officials aren’t sure the higher rent standard will be high enough, so tenants who select Section 8 certificates to relocate may still have to move outside the city temporarily. Commissioner Susan Connelly said she was concerned that children in such families couldn’t keep attending their schools in Cambridge.

Planning and Development Director Terry Dumas said that during a previous construction project that required tenants to relocate, school officials refused to allow children to stay in their Cambridge schools, but the ruling was “informal.” At commissioners’ urging, the authority will make another request to the school department.

“On Zillow recently I saw an apartment in Cambridge for $1,650,” Russ said, referring to the online real estate site. “I thought, ‘This is a bargain.’ When I looked, it was just a room in someone’s apartment.”

Next story: Letter-return rate shrinks housing wait list estimate to 7,385, down by nearly a quarter