‘Entourage’: Vince and his boys are back, with a screen much bigger than the story 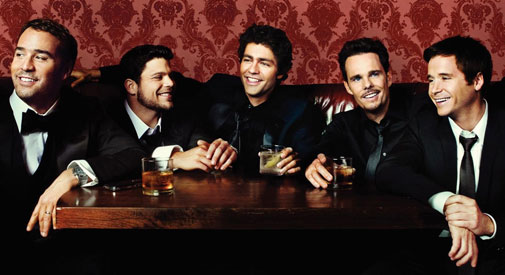 ‘Entourage’: Vince and his boys are back, with a screen much bigger than the story

When it comes to wrapping it up, TV shows tend to go out in one of three ways: the dour blaze of glory (“The Sopranos” and “Breaking Bad”); sheer hyperbole, aka jumping the shark (hello “Happy Days”); or the slow fade to syndication and nostalgic recall of the early years, when the writing was tight and the characters sizzled with vivid crispness. For the latter, if the residual market thrives and enough of the show’s talent is milling around, there’s also that second-life shot up on the big screen. It worked somewhat for “Sex and the City,” and now the lads from “Entourage” are grabbing the torch. 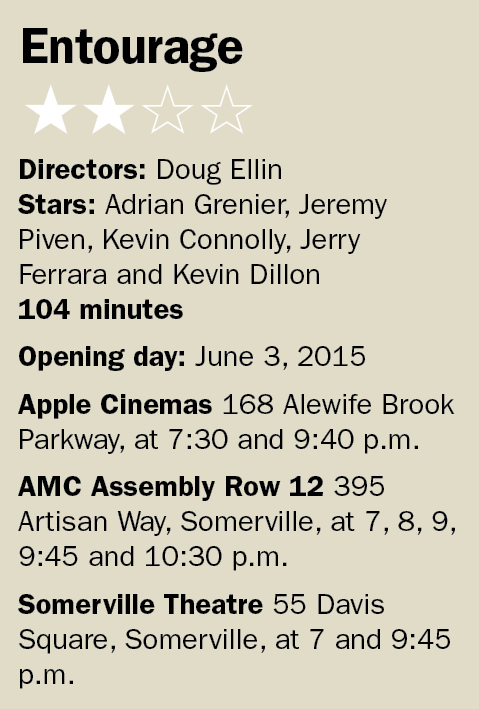 The good news is that the whole cast is back and under direction of series creator Doug Ellin. The result is a facelift of sorts from where the HBO series slacked off in 2011. To stretch out the situational hijinks to a feature-length product, Hollywood “it” boy and reason-for-the-gang-of-four-being Vince Chase (Adrian Grenier) has hit a mid-career malaise and wants to do something different besides being just another pretty face, so like Clooney, Costner and Eastwood before, he decides to direct. In transition too are Vince’s former agent, Ari Gold (Jeremy Piven), now a studio exec, and pudgy bud Turtle (Jerry Ferrara), who has dropped most of the extra pounds and founded a boutique line of tequila. Former pizza slinger Eric (Kevin Connolly) too has stepped it up, taking the reins as the producer of Vince’s film project “Hyde” (as in “Dr. Jekyll” and set in a zombie-apocalypse future), and is expecting with Sloan (Emmanuelle Chriqui) though they’re estranged. The only one who hasn’t had a life-altering realization is Johnny Drama (Kevin Dillon), still fussing over food and living in baby brother Vince’s big shadow.

Like the series, loosely based on the shenanigans of Mark Wahlberg and his East Coast posse transplanted West, the movie isn’t so much about Vince as it is about the lampreys latched onto his success. Connolly and Ferrara always felt slight in their “big” roles on the small screen, and feel more so here. Piven, the series’s backbone, pushes hyperbole – and amusingly so at times – but it’s mostly Dillon’s show, and he bites in deep as Drama struggles for validity and deals with the fallout from a jealous husband he’s more than offended.

As one might expect, the movie’s buoyed by plenty of gratuitous T&A – Eric seems to be a hitching post for comely women who don’t typically engage in anonymous sex, and there’s that yacht teeming with topless women of supermodel quality and the like. It borders on misogyny, but thankfully most of it falls away as the film twists into a deft, satirical look inside the business of getting movies made in Hollywood. It’s not “The Player” – not even close – but throwing in Haley Joel Osment (the kid from “The Sixth Sense” hard to find in this incarnation) and Billy Bob Thornton as the big Texas money behind “Hyde” adds needed spice and conflict. Lethal mixed martial arts superstar Ronda Rousey, because of who she is, brings the boom and the sass by crushing one of Vince’s boys in the ring, and the endless list of cameos including Tom Brady, Russell Wilson and Liam Neeson bring brief amusement. Most are so flash or lazily shoehorned in that they’re largely disappointing missed opportunities.

“Entourage” has a ready aud in its corner; the big questions are if it’s enough to sustain a movie franchise or whether there’s a prospect of crossover viewers. A somewhat lean budget of $30 million helps, but given the show’s niche roots and the movie’s ephemerally entertaining wispiness, the elevation of the series looks to be more swan song than rebirth.