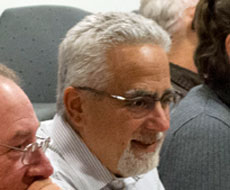 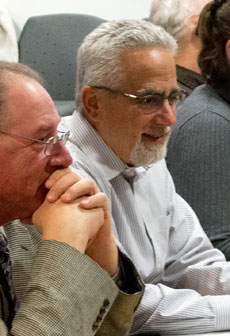 A 14-acre development in Kendall Square will almost certainly get more affordable housing than its currently drafted 10 percent, city councillors said at Monday’s joint meeting of their Ordinance Committee and the Planning Board. Many pushed for 20 percent, 25 percent or more; the current citywide requirement is for 11.5 percent.

It was the first of several formal public hearings on the rezoning of the federal John A. Volpe Transportation Center parcel one block from the square’s MBTA stop. Council and board members discussed among themselves and staff for two hours, followed by two hours of public comment. By the end, many councillors were concerned about the speed and time pressure of the proposal, but vice mayor Dennis Benzan was prepared to vote the petition out of committee, while Craig Kelley was skeptical the petition would get the required six votes to pass in any form.

The Volpe development might “go down as one of the most important votes that this council is going to take or make in decades,” said Mayor David Maher, who said he was not concerned by the deadlines.

The joint hearing of the council and board was dominated by the council – like city planning staff, the board was relegated to answering questions and discussing impacts. Board member Hugh Russell summarized: “These joint meetings aren’t very helpful for the Planning Board to deliberate subjects; yet I think they’re valuable because we understand the concerns of the council much better by meeting face-to-face. Our job is to advise you, particularly on the zoning matters.”

Marc McGovern held the floor for 20 minutes, kicking off council discussion by asking city planning staff whether it was possible to increase the residential component of the zoning from 40 percent (the remaining 60 percent is commercial), and for staff to justify a 10 percent affordable-housing figure, asking why it couldn’t be 25 percent or 35 percent: “We should be shooting for closer to 25 percent but certainly no less than 20,” he said. “We’re getting 20 percent in other developments now,” McGovern said, referring to the Mass+Main tower proposed for Central Square. He was echoed by many of his colleagues, including Leland Cheung: “I’m not sure I’m willing to go back to 15,” he said, referring to the city’s percentage, which turns into 11.5 percent in practice.

Planning Board chairman H Theodore Cohen said “there was a strong voice arguing for 20 percent” affordable- and middle-income housing, referring to board member Steve Cohen’s recommendation of 15 percent affordable and 5 percent moderate income. Calling himself the “minority report” of the board, Steve Cohen was unable to convince his fellow board members to raise the number before submitting the petition to the council, despite arguing that the HR&A Advisors study of Kendall Square for the Cambridge Redevelopment Authority easily supported 20 percent low-income. HR&A is a member of all five of the teams competing to win the upcoming several-million-dollar citywide planning contract.

“If we were going to go to 20 percent [with 15 percent affordable], that was more a political discussion, for the City Council to make,” H Theodore Cohen said.

On open space, responding to McGovern’s concerns about the reduction in open space from 42 percent to 25 percent, board member Russell said “that requirement came before the council negotiated” with Alexandria Real Estate for a Kendall Square development in 2009, emerging with “major open space on Rogers Street.”

“We look at the somewhat bigger picture. That was the goal: It’s been accomplished – through Rogers Street,” Russell said.

Catherine Preston Connolly also noted that the 42 percent called for in existing zoning is for “publicly accessible open space,” a much broader category than the 25 percent for true “public open space.”

Dennis Carlone expressed concern about the high density of the site, especially given that the government building would not be counted as part of the zoning’s floor-area ratio. An architect by trade, Carlone also worried about language in the zoning permitting a single 500-foot building of “exceptional architectural quality.”

“I guarantee, every architect and developer thinks they’re doing that,” he said. Carlone said that planning staff would need to define what “exceptional” really means in the next three months, before the zoning petition was passed.

E. Denise Simmons also asked about affordable retail. “I’m not going with my granddaughter to hang out in Kendall Square; there’s a feeling in the community that Kendall Square is for the intelligentsia.” McGovern commented similarly, noting the gentrification of Central Square: “I took my son to the new Naco Taco for lunch. It was $50 – just for lunch – for tacos!”

The schedule for the zoning petition is set by the federal government’s desire to ink a contract with a land developer while President Barack Obama is still in office, city planners have said. The government’s schedule calls for issuing a Request for Qualifications this month, and a Request for Proposals in the spring, said David Ishihara, deputy director of operations for Volpe. City staff have said they would like the zoning in place this calendar year.

The current zoning petition expires Sept. 27, which means without a deadline extension or special meetings, the council would need to pass it to a second reading at the Aug. 10 midsummer meeting. Benzan asked to vote the petition out of committee at the end of the meeting, but the council instead chose to hold it in committee. The distinction is somewhat arbitrary because the full council has the power to pull the petition out of committee regardless of the committee’s action.

Maher explained that the council could easily extend the petition’s deadline by refiling: “I think this is a great conversation to be having. I think it is one that I don’t feel the same level of pressure regarding time that some people have talked about. If this needs to be refiled, we refile it,” he said.

“I’ve been involved in a lot of zoning issues over the years, and this is probably the most challenging and the most complex,” councillor Tim Toomey said. “Right from the beginning  I stated my skepticism about whether this will ever take place, quite honestly … I’m not sure we’ll be able to do that in that timeframe.”

Kelley said he agreed with many of his colleagues about the timing, and felt “somewhat rushed.” But he also expressed a willingness to pass up the opportunity: “I don’t think I share [the] opinion that this is a once-in-a-lifetime opportunity.” Kelley was also concerned that the Volpe parcel was not presented in the context of other impending development in the area, including by Boston Properties and the Cambridge Redevelopment Authority. The Massachusetts Institute of Technology is also in the midst of planning a five-building expansion on Main Street after getting a zoning change in 2013 to support it.

Like Kelley, Jan Devereux expressed concern that the city’s massing studies did not include other development projects “in the pipeline.” And she suggested the tall building in some of the development scenarios would “stick up like a sore thumb – or maybe a middle finger – and disrupt the skyline for miles around.”

Residents of the Third Square apartments “surrounded on three sides” by the Volpe parcel spoke at public comment and asked the council to preserve the currently required open space and to be respectful of their views and residential living conditions. Jerry O’Leary asked for a large public park at Third and Broadway. Jane Stabile mentioned being surrounded and spoke of her concerns with skyscrapers.

Mark Jaquith, president of the East Cambridge Planning Team, said he felt like the neighborhood had not been adequately consulted on the zoning petition, and was primarily concerned with the height increases and open space reductions.

Kathleen Born, chairwoman of the Cambridge Redevelopment Authority, said the authority was “interested in helping in whatever way we can,” but expressed skepticism it would have the capital to buy the land – an idea suggested by Cheung but that has not been seriously discussed by anyone else.

Bethany Stevens told the council she was watching the hearing remotely at home, but came to City Hall to tell the council: “We are watching; we are paying attention. It is very important to East Cambridge.”

The council has not scheduled its next committee meeting about the Volpe zoning, but councillors suggested it should be in August, around the time of the full council meeting. The Planning Board meets to continue its deliberation July 14 without the council; its agenda allots 90 minutes to Volpe.