Another dozen candidates get certifications for November council, committee elections 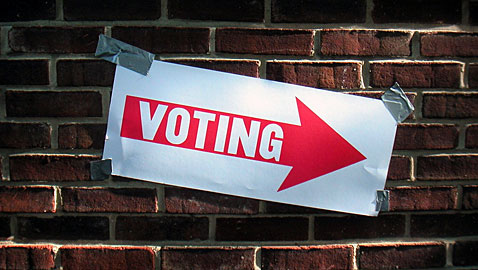 Another dozen candidates get certifications for November council, committee elections

With two days left to turn in nomination signatures to run for City Council or the School Committee, there were another dozen candidates certified Wednesday by the Election Commission – all but four for the council.

There are several more potential candidates still collecting signatures, and election commissioners have scheduled a meeting for 5:30 p.m. Monday for those turning in certifiable signatures within the next two days, before the 5 p.m. Friday deadline. “I knew we’d have to have another one,” said Lesley Waxman, assistant director of the city’s Election Commission.

But knowing the chances that some candidates would drop off signatures just at the deadline, which wouldn’t provide enough time to check the names of the signers, commissioners scheduled a just-in-case meeting for 5:30 p.m. Aug. 6 for the stragglers.

Some certification slots on Election Commission documents were simply blank Wednesday, with the most recent signatures turned in for council candidates Mike Connolly and Nadeem Mazen and committee candidate David J.Weinstein yet to be confirmed.

Candidates must file no fewer than 50 and no more than 100 certifiable signatures of registered voters in Cambridge. Not every signature is accepted – often because someone who lives outside Cambridge and isn’t eligible to vote signed a candidate’s sheet anyway.

There are seven potential candidates with gaps to fill in the next two days – five for the council (newcomers Mariko Davidson and Ilan S. Levy; incumbent Mazen; and returning challengers Minka vanBeuzekom and James M. Williamson) and two for the committee (newcomers Pia Cisternino and Weinstein). Committee incumbent Mervan Osborne said July 21 he had decided not to run for a third term.

In 2013, there were 34 candidates for political office, 25 of them running for council – up from 18 council candidates in the 2011 elections. The large number of council candidates made for long and at-times unwieldy public forums. Late in the campaign season, three candidates formed a “Clean Slate” based on a few shared platform items, with two of the candidates winning election: Carlone and Mazen.

Slates were vital to Cambridge politics for years, with the Cambridge Civic Association created in 1945 being the most enduring and powerful. Historian Glen Koocher notes in a political history of the city posted on Robert Winters’ Cambridge Civic Journal website that 83 candidates ran for the council in 1941.

“Under PR, slate balloting was key,” Koocher said. “Voters needed to be reminded of how best to direct their votes to candidates who shared, for example, their political views, racial or ethnic heritage or neighborhood.”

Next story: Election certifications show 35 are running, including 24 eyeing positions as councillors