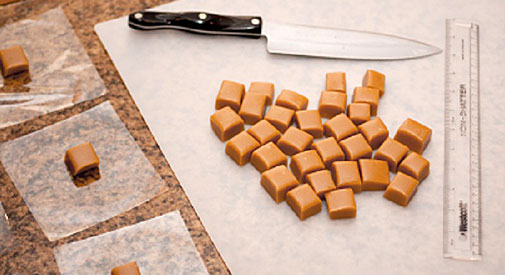 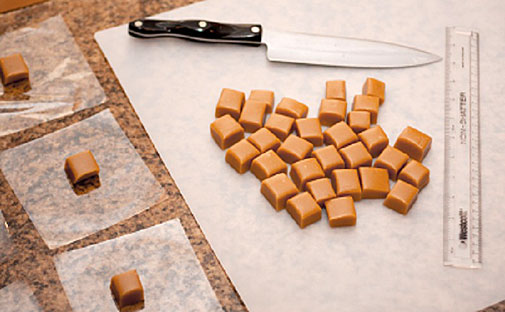 Jeremy Spindler makes small-batch caramels and other candies at his Somerville home, but is readying a storefront near Porter Square. (Photo: Spindler Confections)

A small confectioners’ district is popping up with the coming of Spindler Confections next to Nüssli 118°, a maker of snacks and treats such as petits four and chocolate pecan squares, and by Pemberton Farms, a high-end grocer that stocks goodies from around Eastern Massachusetts.

Spindler Confections could open as soon as early November, with contractors due to start work as soon as next week, but realistically an opening may have to wait until early next year, founder Jeremy Spindler said. “It’s definitely going to happen, it’s just a question of when. There are a lot of moving parts.”

An appearance before the Zoning Board of Appeals in July cleared the way for him to take over a vacant storefront where he’ll hand-make caramels, chocolates and brittles. (There may also be cookies and other small baked goods around the holidays.)

“I am a huge fan of exceptional old-fashioned traditional treats such as caramels, nougats, fudges, nut clusters and pecan logs,” he said. “It has become increasingly difficult to find affordable, great-tasting confections, especially ones that aren’t filled with preservatives or made on huge factory equipment.”

Cambridge was once as well known for larger-scale candy manufacturing as it is now for high-tech innovations – its candy-making dates dates back to 1765, and Main Street was once called Confectioner’s Row, according to the Cambridge Historical Society. Now only Tootsie Roll Industries remains of the old guard, making more than 15 million Junior Mints a day from its original Main Street plant. (Taza Chocolate operates at 561 Windsor St., Somerville.) Squirrel Brand Nuts’ home became apartments. Necco’s home became Novartis in 2004, and its Haviland brand plant became condos.

Spindler, a resident of Porter Square in Somerville, took to Kickstarter in early 2012 seeking $2,500 to launch his own business. He wound up with nearly double that, and now his candies can be ordered by mail within the state and found in small specialty gift shops and food stores such as Savenor’s and Formaggio Kitchen in Cambridge, Somerville and Arlington, as well as at farmers markets throughout the area. When he took the next step this summer of looking for a bricks-and-mortar site, he found universal support for a storefront in the neighborhood, including from the North Cambridge Stabilization Committee, area businesses and residents who looked forward to having an old-fashioned sweets shop handy.

One person speaking in favor was David Albert, a Rindge Avenue resident who once brought his daughter to Spindler’s Burnside Avenue kitchen because she wanted to see how candy was made. “It was clean, quiet, odor-free, except for the candy when it was cooking on the stove,” Albert said. “I’m really looking forward to have the caramels a little closer to home.”

The next step is transforming the 540-square-foot former retail space of ethnic fashion into a confectionary kitchen with about 120 square feet of display and sales space.

The storefront’s size, large windows and proximity to Spindler’s home and to Porter Square – “it’s near a square but not in a square,” as he put it – all played a role in the signing of a lease in April. He also talked with the owner of the neighboring Nüssli 118° and they found “no overlap” in products, making the stores more complementary than competitive, he said.

Spindler Confections will be at 2257 Massachusetts Ave. 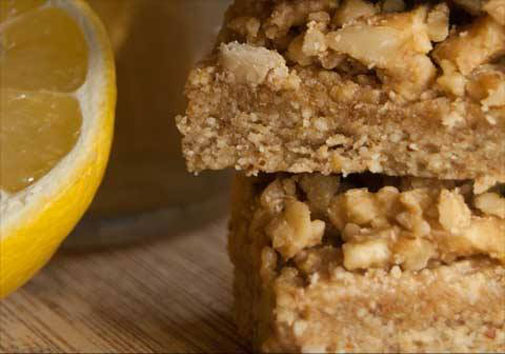 Already at home on the avenue is Nüssli 118° (the first part is “little nut” in German; the number refers to all of the snacks made there being dehydrated to 118 degrees Fahrenheit, “the optimal temperature at which to prepare raw food such that no nutrients are lost due to cooking”). The storefront was opened in September by Angela Hofmann, who believes “Eating raw is more than eating fruits, salads and other uncooked foods.”

The shop boasts of using local, organic and sustainably produced ingredients to make handmade small batches of goods largely gluten free and vegan, falling into five categories: the sweet clusters (“crunchy bars made with nuts, seeds and dried fruit and sweetened with the tiniest bit of maple syrup … the perfect energy-packed snack”), rounds (“dark chocolate and vanilla truffles hand rolled in coconut … amazingly moist with just the right hint of sweetness”) and squares (“A cookie crust made of nuts layered with a fruit or nut cream filling and finished off with a crumble topping … subtly sweet and divinely complex in texture”), and savory crackers and crisps.

“I loved that when I read the ingredients, I knew what everything was,” said Jess Miller, a local who blogs as Little Miss Runshine. In a January post she sampled the store’s chocolate mint petit fours, which are raw and vegan, and gave a fitness fanatic’s blessing: “It tasted like a delicious fudge but healthier.”

Nüssli foods are sold at several stores in New York and Massachusetts, including in Cambridge at Cambridge Naturals, Mother Juice and the O2 Yoga Vegan Café, and in Somerville at Something Gud. 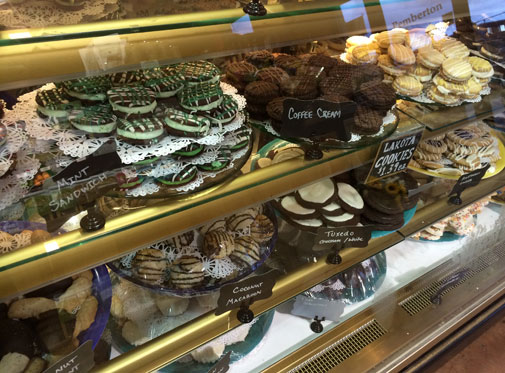 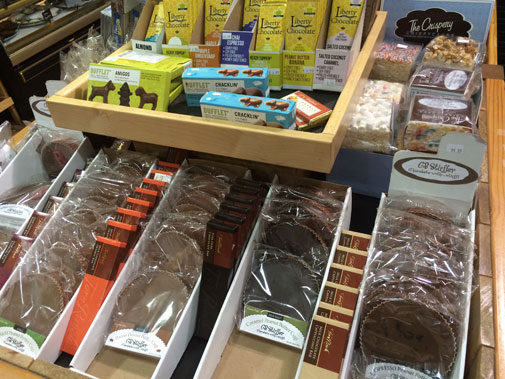 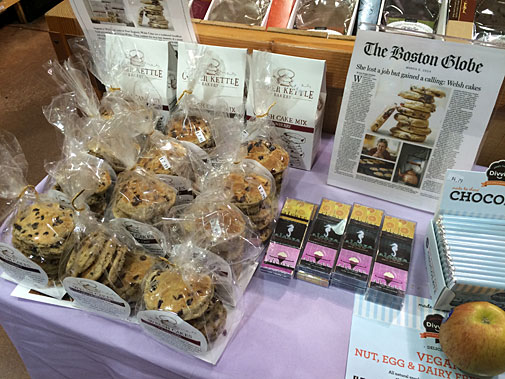 After nearly 90 years in business, the Pemberton Farms & Garden Center and its owners and managers, the Saidnawey family, have had plenty of time to find great local bakers and candy makers to sell. The store has a good selection of cookies and goods from Arlington’s untoppable Lakota Bakery, and on a large island near the checkout, a range of temptations that include: CB Stuffers peanut butter cups from Swampscott; cookies by Lark Fine Foods of Essex; Welsh cakes by Copper Kettle Bakery in Westwood; biscuits from Effie’s Homemade of Boston’s Hyde Park; and, more widely distributed than even Lakota Bakery cookies, discs from Taza Chocolates of Somerville.