Warm-weather spree of gropings goes on, with concentration in Harvard Square area 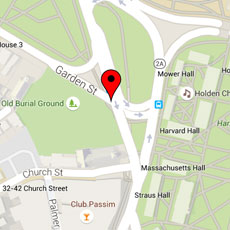 Warm-weather spree of gropings goes on, with concentration in Harvard Square area

Police are cautioning women who live, work or frequent the Harvard Square area to be aware of a recent increase in unwanted gropings.

“We [also] had a higher volume of these incidents last year during the warm months,” said Jeremy Warnick, director of communications and media relations for Cambridge police. “It tends to be a seasonal crime.”

The latest report of indecent assault and battery investigated by police was from a woman who said she had been walking near Garden Street and Massachusetts Avenue toward the square at around 8:30 p.m. Tuesday, when a man bumped into her with his shoulder, grabbed her buttocks, then fled. A search of the area failed to find him.

The groper was a black man in his mid-20s, standing about 5-foot-10 with a stocky build, short hair and a white T-shirt, the victim said.

In all cases, the suspect was described as being a black man with a stocky build, standing roughly 5-foot-8 to 5-foot-10, similar to a description of Cattouse.

“At this point in the investigation, it has not been determined if the suspects who have been arrested are connected to the outstanding indecent assault and batteries,” said Warnick, referring also to two recent arrests made after gropings outside Harvard Square:

Bruce Burke Jr., 25, of Albany Street, was arrested Aug. 6 after a woman was indecently assaulted at about 7:44 p.m. while walking on Cambridge Street near the Middlesex Probate and Family Court in East Cambridge. Burke reportedly passed a group of woman on a sidewalk, reached back and intentionally slapped one victim on her bottom. He smiled, laughed and continued to walk away, Warnick said, citing police reports. After the victim gave a description, officers quickly found Burke standing in the dark against a nearby house.

Ronald Byrd, 50, of Woodbine Street in Quincy, was arrested Sept. 3 after he was seen by officers inappropriately touching a woman sleeping on a street bench on Massachusetts Avenue in Central Square.

Last year there were 27 reported incidents in the six months starting in April, according to information provided by Warnick – although even the final three months of the year brought 13 reports of indecent assaults.

Like this year, a single person was on a spree of indecent assaults, but in 2014 it was focused around Inman Square. The police department’s annual report summed it up:

During the summer months, a series of incidents emerged in the Inman Square area (Inman/Harrington and Mid-Cambridge neighborhoods) involving a young male suspect on a bicycle who was indecently grabbing victims from behind as they walked alone after dark. A juvenile from Cambridge was identified as the suspect in a similar incident near M.I.T. in August and is believed to be responsible for the Inman Square incidents as well. As many as six incidents were believed to be part of this pattern, contributing to the sizable increase in indecent assaults.