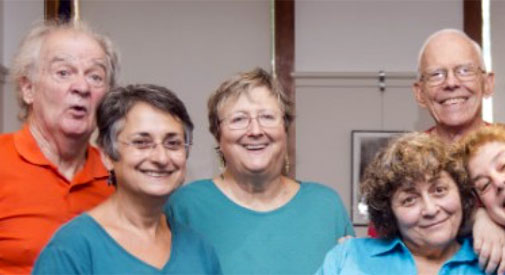 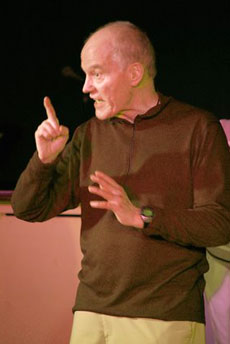 Michael Martin, a professor emeritus at Boston University, became the oldest graduate of the ImprovBoston Comedy School at 83.

Seniors interested in comedy are invited to apply for a full scholarship at the ImprovBoston Comedy School in Central Square. Unlikely? Not when considering that it’s the “New Tricks” Scholarship, named in honor of Michael Martin – at 83, the oldest graduate of the comedy school.

Martin was a professor emeritus at Boston University who specialized in the philosophy of atheism, law and the social sciences, as well as being a writer and playwright. After taking the school’s five-level, 40-week comedy program, he helped found New Tricks, an improv troupe of people over the age of 50 and the namesake of the scholarship. He died in May.

This award adds to other scholarships at the nonprofit ImprovBoston, including the Outreach Scholarship based on financial need; No Limits Media and ImprovBoston Disability Scholarship; and Matt Carey Scholarship for acting, writing and directing hopefuls between the ages of 18 and 25 years.

“We believe the best improvisers bring all their life experiences to the stage,” said ImprovBoston’s artistic director, Mike Descoteaux. “The more experience, the better the improviser.”

Applications are open to people 65 and older. The scholarship is good through the completion of any one program – improvisation, sketch, standup or musical improvisation.

ImprovBoston is a nonprofit arts organization with a mission to serve the community through laughter.