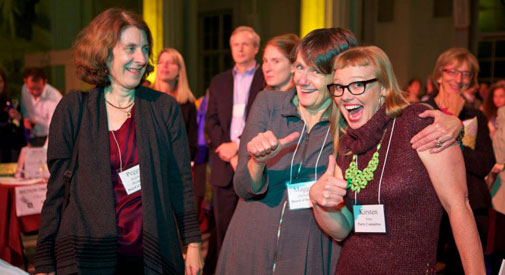 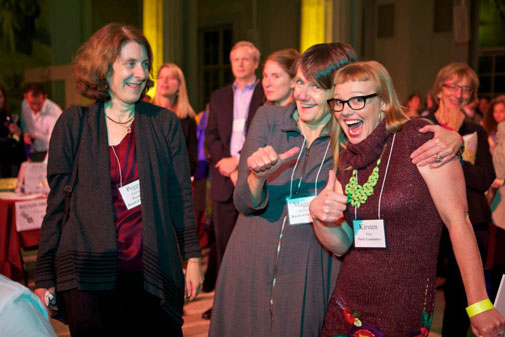 As though to distract from all the food provided by restaurants including Cambridge Brewing Co., Dave’s Fresh Pasta, Emma’s Pizza, Nubar, Petsi Pies, Redbones, Russell House Tavern and Viale, the annual Party Under the Harvest Moon has celebrities as well: Ray Magliozzi of “Car Talk”; Robin Young, host of WBUR’s “Here and Now”; and Rick Jenkins, comic and host of The Comedy Studio in Harvard Square.

While they serve as emcees and special guests, guests dine, drink wine and craft beer, listen to rhythm and roots band One Thin Dime and bid to win auction items for such prizes as vacation getaways, beer school experiences and chef dinners made to order in the winners’ home.

The proceeds go to Cambridge nonprofit Food For Free, which rescues what would otherwise be thrown away and distributes it to local emergency charities including food pantries, youth programs and shelters. Food For Free says it feeds more than 25,000 families annually around Greater Boston through a combination of food rescue, farming and backpack and transportation programs, year-round services added since launching in 1981.