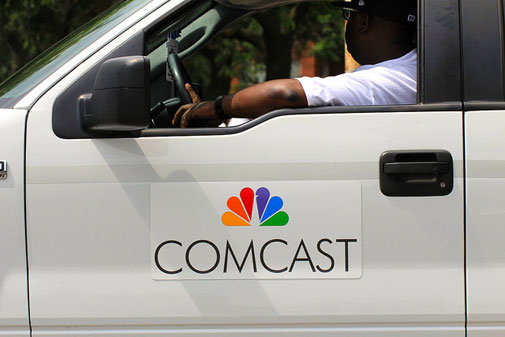 The City Manager’s Broadband Task Force meets at 6 p.m. today to solicit public input on the problems and issues with Internet access among Cambridge residents and workers.

The public meeting comes eight months after the task force started meeting. It was appointed in October 2014, and began every-other-month meetings in February. City staff determined that hiring a consultant to manage the process was necessary, and Portland, Maine-based Tilson Technologies was selected in June. But the task force first met with Tilson in late July, so tonight’s meeting comes after three months of actual work between the task force and consultants.

The task force’s purpose is to examine broadband service and evaluate the city’s fiber infrastructure. Much of the discussions between the task force and consultants have focused on the possibility of breaking Comcast’s effective monopoly on high-speed Internet service within Cambridge. Comcast is the dominant high-speed residential Internet service provider in the city; Verizon offers DSL service in many neighborhoods, but not its higher-speed, fiber-based service.

Additionally, the task force is concerned with leveraging the city’s existing municipal fiber network to provide better high-speed Internet access to residents and local businesses, as well as ensuring Internet access is affordable and available to all residents, regardless of income level.

In addition to the meeting, the task force is conducting a telephone survey of residents to document their need and desires for high-speed internet access.

The task force was appointed by the city manager in response to multiple requests from the City Council to evaluate high-speed Internet access issues in the city.

The meeting is at 6 p.m. today at City Hall, 795 Massachusetts Ave., Central Square.