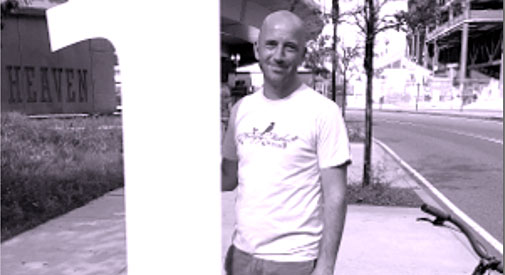 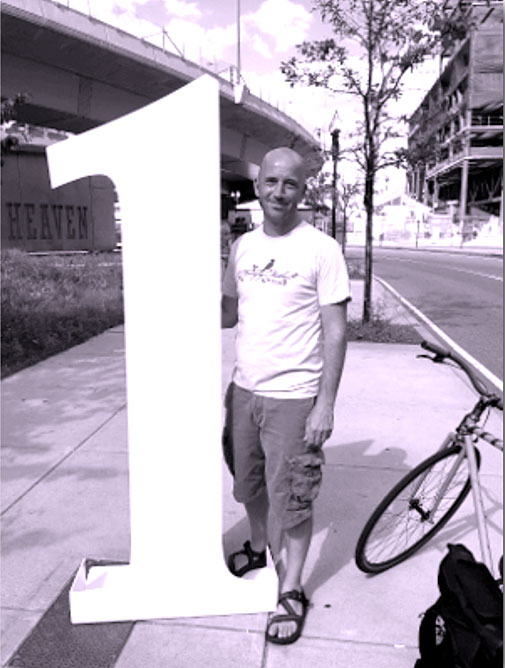 For those who don’t know me, my name is Ilan Levy, I live on Spring Street in East Cambridge. I’ve been in Cambridge for 12 years and have been an activist on and off for 10 years. I’m also very proud to say I was one of small group of neighbor reporters at the launch of CCTV Neighbor Media in 2007, and have been blogging ever since. (I also have a CCTV show, “The Foundry,” on channel 9 at 7 p.m. Tuesdays).

Last year, in December, I went to a protest for Michael Brown and Eric Garner and was one of 23 who got arrested. The site of a militarized police force at the protest, where all ages were represented, was disconcerting. It crystallized for me the governance problem we have in Cambridge. I decided I needed to get my citizenship so I could freely help resolve deep systemic issues. On June 18 I became an American citizen. I’m now a candidate for City Council, running a no donations, no spending campaign. My objective is to engage the citizens to bring back Democracy to Cambridge and the people back into local governance.

The problem: Plan E, a corporate form of government. Its setup: a city manager (salary: $330,000 a year) equivalent to a chief executive and a City Council (salary: $78,000 a year per part-time councillor) equivalent to a board of directors. The council elects a chairman – the mayor ( $116,000 a year, part time). The taxpayers are the supposed shareholders or consumers. 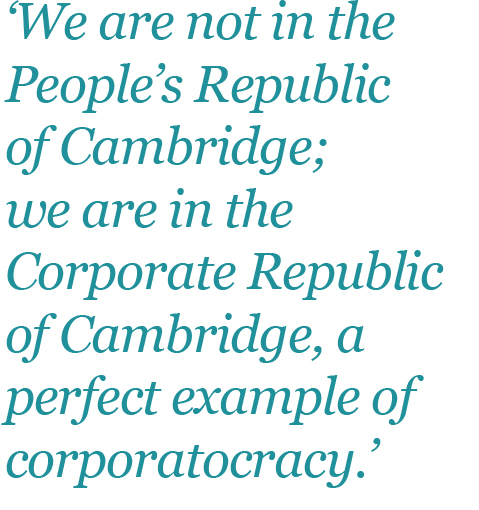 The chief executive appoints the decision-makers, and they are accountable only to him, not to the citizenry. The city manager is accountable only to the City Council, not to the citizenry. The last appointment of the city manager was done behind closed-doors, and the state’s attorney general found the city guilty of having broken Open Meeting Law. Four candidates in this year’s election were a part of this.

The council can exert lots of power through zoning, and for the past 20 years it has always eased the way for developers, regardless of the impact on the fabric of our community.

The city manager’s contract will expire next year in June. It is the perfect opportunity, and a necessity, to bring back Democracy, the rule of and by the people. I propose we take the next two to three years to bring our community together around the rebuilding of our Democracy. I propose a basic framework on which to build. The five foundational pillars of this framework are:

Non-cumulation of mandates, meaning officials should have only one public job at a time.

It is urgent we redefine our local governance. It is urgent we put citizens back in charge. We all must take the time to get engaged and to engage others. We all need to be a part – not tomorrow, but today. Our voices need to be heard now.

My goal, for this election, is to engage you, the citizen.

Cambridge has not seen a voter turnout of more than 25,000 voters in a quarter-century, and has seen a steady decline in voter participation, hovering around 16,000 over the past three elections. (There were 17,743 valid ballots in the most recent municipal election, according to the city’s Election Commission.) One of the main cause of this disengagement is the intrinsic paternalism of Plan E, which is out of step with our times. The first step to a change in governance is therefore voter turnout. I have set for myself the unrealistic goal of turning out 30,000 voters, around 50 percent of the registered voters. The only possible way for this to happen is if you participate, and engage all the people around you to do the same. We can make this Election Day, Nov. 3, a true celebration of what real Democracy should look like by focusing on this one task – getting out the vote.

Together we can, and will, rebuild Democracy. It is our duty. It is our responsibility. I very much hope you will join me in this crucial fight.