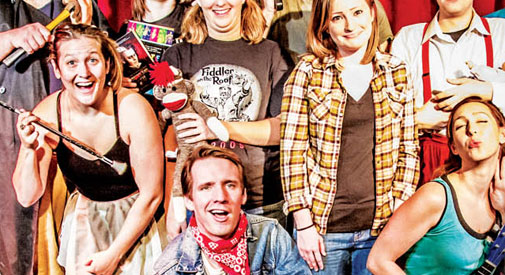 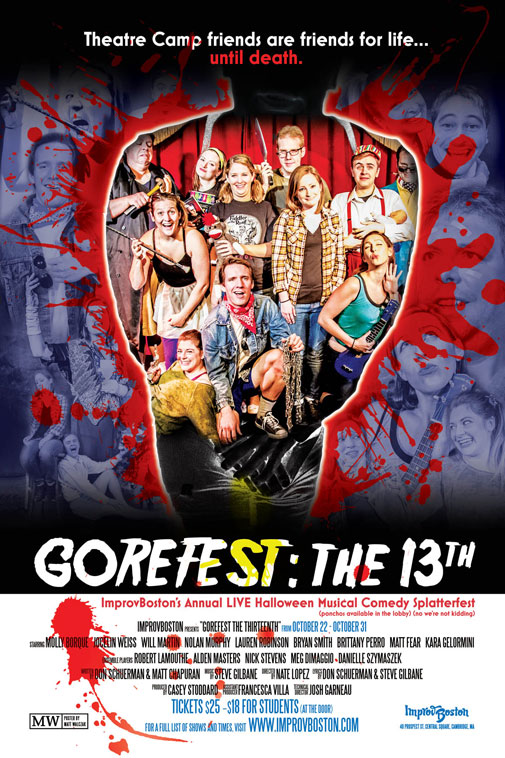 It’s the 13th year for ImprovBoston’s annual Halloween musical, GoreFest, which throws out so much fake blood that ponchos are recommended for audience members.

Previous GoreFests have included “Cirque du Slaughté,” “Macabr-et” and “Slaughterhouse on the Prairie,” but of course this year’s show is “GoreFest the Thirteenth” and takes place at a summer camp “where friendships last forever … or until someone dies.”

“Audiences are sure to enjoy musical numbers, accidental dismemberment and occasional fight scenes between serial killers and summer campers,” said Mac Gostow, associate producer at the Central Square comedy club, in a press release promising “an immersive comedy experience audience members can see, smell, touch and taste (for better and for worse).”