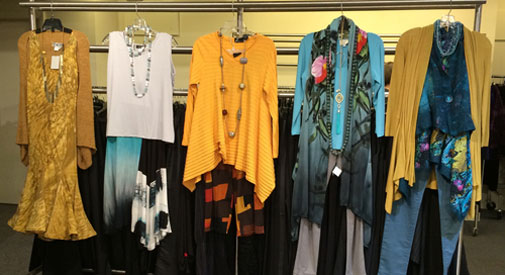 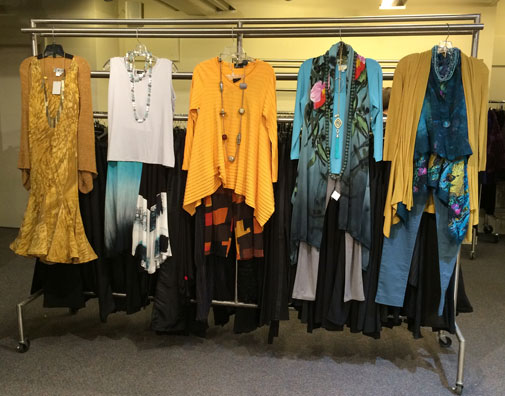 Not every store can be open less than a month and yet have roots in the community dating back five decades, but The WoWtlet hasn’t replaced the final Hollywood Express video store near Porter Square so much as it has reclaimed it.

By the stairs from the spacious basement there’s a purple-on-yellow Hollywood Express logo from when the store shut down at the end of June, but the racks and tables of DVDs have been replaced by outfits and accessories – and a few key decorations. 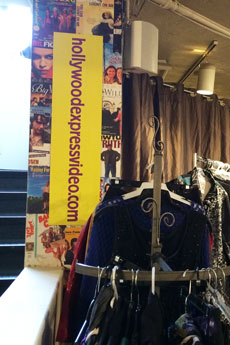 “I grew up in this building. I had a jungle gym in this basement when I was a kid,” said The WoWtlet’s Alexa Grossman, pointing to a rocking toy on the store’s counter. “That rocking rooster I got at Irwin’s [toy store], and while my parents were working upstairs I would play down here.”

The Grossman family bought the building in 1970, she recalled, hosting their own store upstairs called Fabrications. It closed in the 1980s as Hollywood Express owner George Lewis moved in, staying for 29 years and becoming “the heart of the neighborhood,” Grossman said. “When he decided to call it quits, the family got together and thought maybe we should use it for ourselves again for the first time in 30 years. I had the time on my hands.”

While Grossman’s sister, Ellen, has been running the fashion store W.O.W. in Newton for the past two decades, Alexa Grossman has been in Dallas working in furniture and then clothing. She closed the business and moved back in time for that family meeting. The decision: “We had the space available, my sister had the product, so bing-bang-boom, we opened The WoWtlet.”

Opening day was Oct. 1, with the basement space filled with the massive amount of leftovers and overstocks from W.O.W.: interesting, contemporary clothing for women of all ages and all sizes. “We like it a little edgy, we like it architecturally cool, we like it reasonably priced … everything is heavily discounted, everything is at least 30 percent and up to 80 percent or 90 percent off,” she said. “There are pieces in here for $12 and pieces in here for $400, but heavily discounted from the original.” 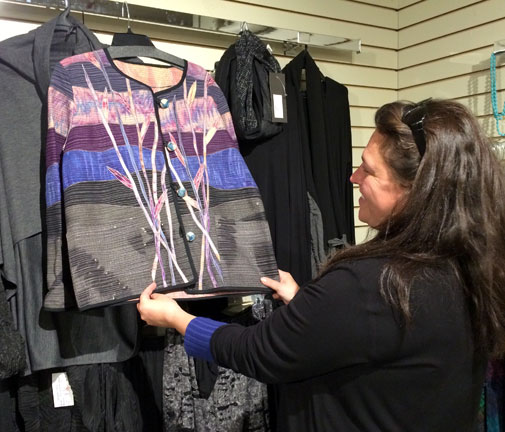 The WoWtlet’s Alexa Grossman shows a Maree reversible top marked down from her sister’s shop in Newton.

Among the “bad-ass designers” making their way from Newton to Cambridge – mostly small producers from the United States, but also some from Canada, Israel and France – are Kedem Sasson, an Israeli with a “really fun, funky, sophisticated with edge,” and Maree, who’s contributed   what Grossman considers one of most extraordinary pieces in the store, a handmade, reversible, one-of-a-kind piece of complexly stitched “wearable art” for $449 (down from $925 in Newtown).

“We do good clothes for people who want to look pulled-together, sharp and modern. We do extra-small to 3XL, so we can put clothes on everyone,” she said.

The family plans to run The WoWtlet only in fall and spring, with the first season open until Christmas Eve “and then probably shut down until April. Unless it’s going so gangbusters that Cambridge would riot if we left, and we’ll have to figure out a way to stay year-round,” Grossman said. There are no plans to fill the space during the months The WoWtlet isn’t open. “We’re just playing it by ear. If it doesn’t work by Christmas, we’ll just find ourselves a tenant and not do it again.”

“We have a massive amount of inventory and always will. My sister’s a little addicted to buying,” Grossman said. “She has a very large clientele and does a lot of business, but inevitably there’s leftovers.”

She calls her family “second-generation retail but third- and fourth-generation textile people” and notes its local roots: Her parents met on Brattle Street, her sister was born on Everett Street (“I wasn’t so lucky, I got born across the river in Brookline”) and stressed that while people have been lamenting the loss of Hollywood Express, “the soul of the neighborhood,” The WoWtlet is hoped to be a friendly face, if not a replacement.

She paused by the rocking rooster toy she remembered using at the age of 4. “It’s like this basement is my soul. It’s like coming full circle,” she said.

Some more images of wares available at The WoWtlet: 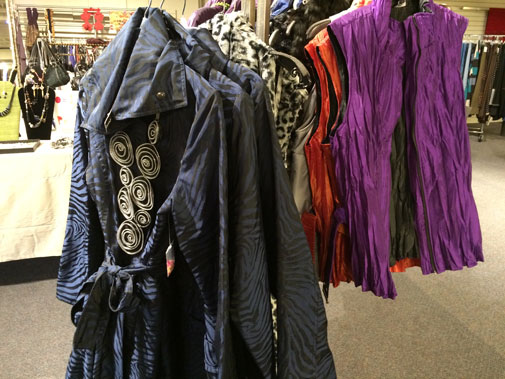 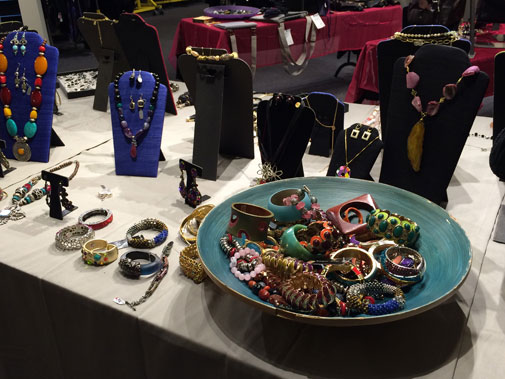 The WoWtlet, at 1740 Massachusetts Ave., near Porter Square, is open 11 a.m. to 7 p.m. Wednesdays through Sundays, with longer hours coming closer to the holidays. For information, call (617) 868-4001 or visit the store’s website here.