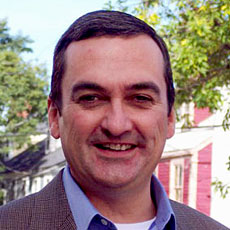 David Maher, 57, is a lifelong Cantabrigian, a longtime administrator at the nonprofit Cambridge Family & Children’s Service and a longtime elected official. The son of a police officer and graduate of the Suffolk University School of Business Management, Maher has served four terms on the School Committee and is in his eighth term on the City Council.

Not much has changed since two years ago, when this page described Maher as an affable, effective and very smart politician and legislator who unfortunately couples these qualities with the belief that whatever side he’s already on is the right one – and therefore whatever he does in its favor is the right thing to do.

He has a bit of a Teflon thing going on. As important as the discussion of developer “linkage” fees for the construction of affordable housing has been this year, it’s not often pointed out that the reason the fees needed such a dramatic upgrade was that a 2003 proposal to keep the fees up to date died in a committee co-chaired by Maher. He let the fee proposal disappear, saying he preferred smaller fees applied to a larger percentage of development. That is, he let $3.9 million for affordable housing stay on the table in saying he wanted more money; he let as many as 13 units of affordable housing go undeveloped saying he wanted more units – and, in an echo of why a linkage fee higher than $12 per square foot was rejected last month, said it was because he was “concerned that Cambridge may be making the barriers to commercial development so high that developers will choose other locations,” according to the 2003 meeting minutes. In today’s dollars, the $7.83 rate Maher worried about is $10.14, nearly two dollars less than he just voted to approve.

Beyond councillor Marc McGovern saying “It shouldn’t have happened that way,” it’s not mentioned much.

There’s also been enough nastiness on the council this term that it seems a bit like a replay of the dysfunctional Henrietta Davis years, and it would be nice if Maher could use his leadership skills to figure out a way to make the council chambers seem a bit less junior high, with councillors Dennis Carlone and Nadeem Mazen being the boys the others love to hate and Maher being the teacher who has indulged it too long. By now, this is just taken as the way the council operates, though.

Nor does Maher’s failure to run the promised process for a city manager get mentioned much, and there’s been no talk of whether the city will get a process to address the end of the current city manager contract June 30. The swift, just-completed search for a new schools superintendent has a minor mystery of its own in who lined up the 19-member search committee that found the next district administrator.

Both processes could be considered a success, resulting in terrific city officials with widespread public confidence. The only problem is the process itself. For the voter who’s a fan of transparency, Maher’s regal approach could be cause for concern – as this page put it, the result is, for some voters, a perception of the council as “unapologetically opaque, beholden to special interests and arrogant,” although others will merely look at results.

Maher is obviously letting the results and his record of constituent services speak for themselves. His campaign for reelection has been a stream of mayoral events such as dinners and park openings and a fair amount of standing around and photogenically holding campaign signs.

Maher hasn’t attended a single one of this election season’s nine candidates forums.

When asked why, he didn’t reply – of course.