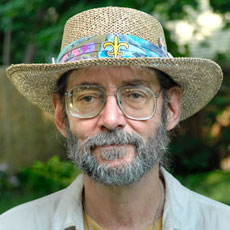 From James M. Williamson, candidate for City Council, Oct. 31, 2015: Cambridge is a truly incredible place, with tons of talent and tremendous resources, not to mention two of the most prestigious (and best endowed) universities in the world. Yet we are a city that, in the 45 years I have lived here, has lost much of the charm and character – and most importantly – diversity and affordability that led many of us to want to live here to begin with.

Cambridge suffers from a political system engineered to keep public accountability and democratic participation at bay. Conceived to keep out rising immigrant voting blocs (largely Irish and Italian, in Cambridge), the so-called “Civic Reform” movement led to the

establishment of our Plan E Charter form of government, where an unelected city manager rules the roost – for 35 years in the case of current city manager Richard C. Rossi’s predecessor, Robert W. Healy – and there is no direct accountability, either for appointments to boards and commissions (too often asleep at the switch or seemingly in the tank with large real estate developers) or the leadership of city departments. It leaves many unaddressed necessities, such as protecting the comfort and safety of pedestrians from the scary and recklessly selfish behavior of so many who ride their bikes in this city. This is why I am so enthusiastic about my fellow candidate, Ilan Levy, who has made electing a mayor – with power – the central feature of his campaign. (Bravo, Ilan! You’ve got my vote!)

We need to change all this, but we can’t afford to wait until a successful charter reform initiative and referendum are organized – something many have talked about for decades.

We need to elect as many reform-minded candidates as possible to the City Council now, in this election, to stem and reverse the tide of massive, unchecked commercial real estate development and the massive biotech explosion it serves.

The philosophy of some advocates for this massive overdevelopment “strategy” for Cambridge seems to be, as was once pronounced by a U.S. military officer in Vietnam: “It became necessary to destroy the town to save it.” Yes, jobs and a healthy economy – and most crucially, affordable housing – are important for Cambridge and the entire region, but we must reject the piddling, weak, trickle-down approach of the Gang of Seven (the so-called Unity Slate of incumbents) who roll over routinely for the outrageous giveaways to developers without using the city’s true leverage and clout. Were they not beholden to their big real estate contributors we could achieve more and better affordable housing with a better, more humane and human scale and begin to restore the diversity that has always been the pride and strength of Cambridge – but has almost completely vanished. Could it be that our electoral system, skewed as it is toward big money – and, in Cambridge, big real estate money – for incumbents has persuaded this Gang of Seven to easily agree to almost anything lest they lose support from this same reliably deep-pocketed sector (as long as they reliably deliver the goods in return)? Visit the Office of Campaign & Political Finance website and do a search for your favorite candidate or contributor to test this theory.

Recently, I had the pleasure of leading a months-long successful fight to get Harvard to change its plans for Holyoke Center at Forbes Plaza in Harvard Square.

The only sitting city councillor to offer support – he showed up at two of the three Board of Zoning Appeal public hearings – was Nadeem Mazen, whom I wholeheartedly endorse. Of new candidates, Jan Devereux is superb and helped enormously by writing the first letter to the board in support of our efforts. I hope to work with her to improve attention to the needs and concerns of beleaguered pedestrians.

With respect to other challengers this year, Kim Courtney and Xavier Dietrich have raised important challenges around equal and fair enforcement of all of the laws in Cambridge. Plinio DeGoes (endorsed by the Green-Rainbow Party) is a good, honest and caring man, as are Paul Mahoney and Gary Mello. One of my favorite new candidates is Romaine Waite, a truly stellar human being from Area IV/The Port, an engineer and a very fine young man indeed. Mike Connolly gave the best “close” of the entire election season last Thursday at the Cambridge Economic Opportunities Committee forum; if Mike gets elected, our city will be – at least partially – in better hands than it is today. He understands the true politics of the commercial real estate/affordable housing nexus and will help get us going in the right direction.

It’s been a pleasure to be a part of this campaign and the great civic life of a great city, with lots of big challenges. I’d be honored were you to give me your No. 1 vote in this election, and I believe I’ve earned it. Please remember to vote for as many of the candidates mentioned above as you can, in whatever order you find suitable but possibly starting with some of the “weaker,” less “competitive,” candidates first, so as to maximize “the work” your ballot will do.

Thanks for your support, and let’s make Cambridge great again!