No change in council, committee makeup after lengthy counting of auxiliary ballots 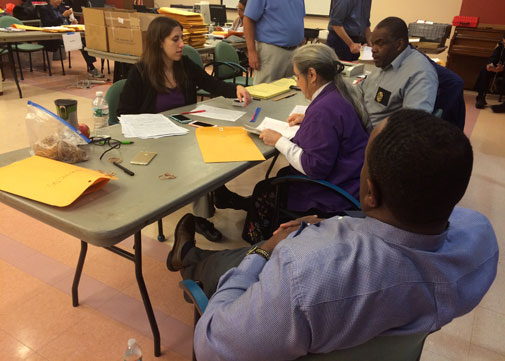 No change in council, committee makeup after lengthy counting of auxiliary ballots

Auxiliary ballots are any that couldn’t be run through voting machines during Tuesday’s voting in the city’s 11 wards and 34 precincts. For the council vote, that represented 628 ballots; for the committee, 1,512. After the deadline for absentee ballots passes Nov. 13, vote counts will be made official.

The count raised the number of voters with valid ballots to 17,846 from 17,323. (Although there was as many as 17,951 total ballots processed.) Tuesday’s turnout saw the highest percentage of voters seen in the past five elections. 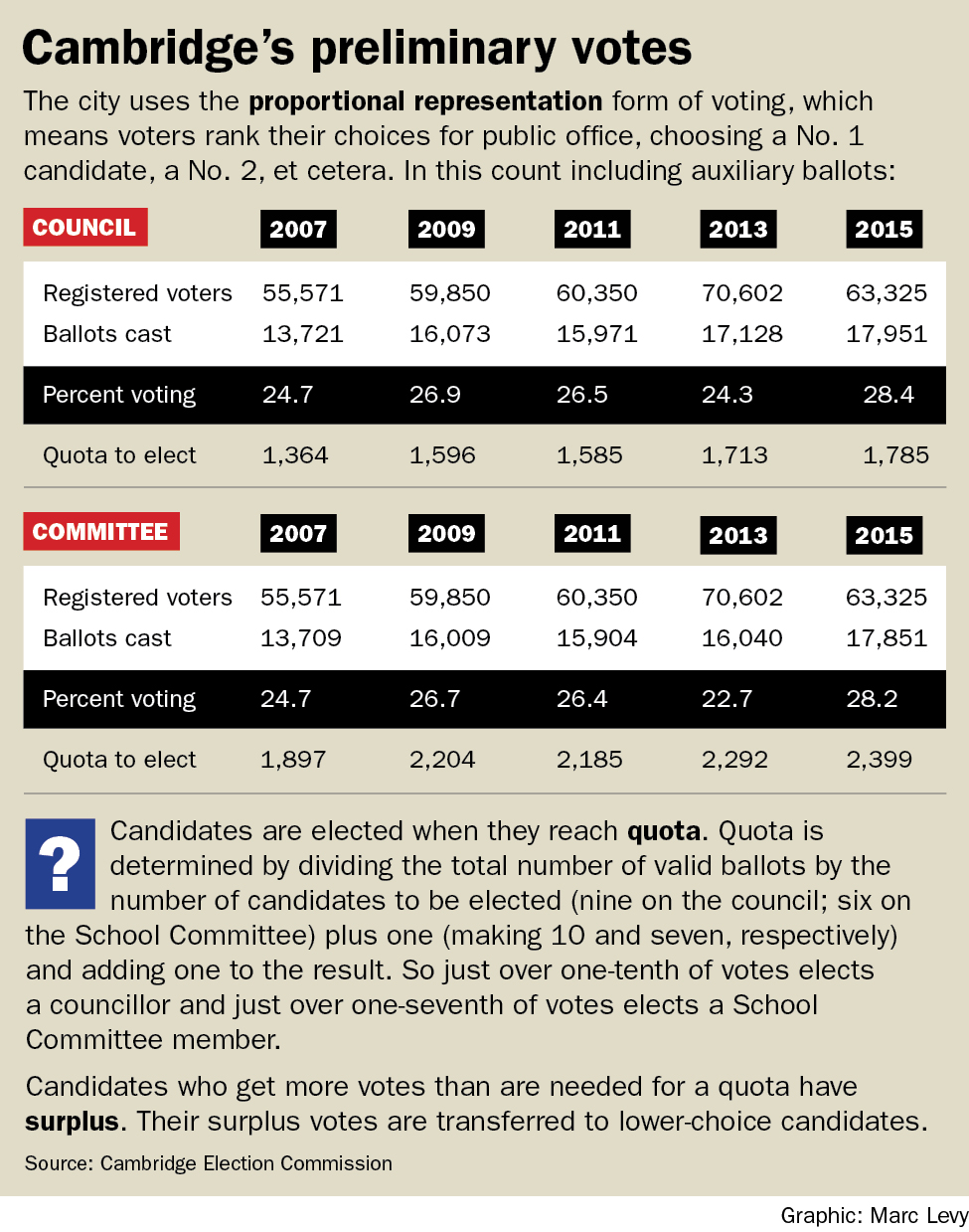 The count of auxiliary ballots began at 9:30 a.m. and went to 6 p.m. at the Senior Center in Central Square, bearing the potential for changes in the coming term. Dennis Carlone could have lost his second-term seat on the council, it was pointed out, if newly seen ballots changed the order of candidates crossed off ahead of him – because in the city’s proportional representation form of ranked voting, Carlone probably gained more voters from the elimination of challenger Minka vanBeuzekom than from vice mayor Dennis Benzan.

But the count, with results announced at 6:40 p.m., was a low-drama affair. The room where the commissioners worked, calling out votes and sometimes having to stop to interpret what a voter meant, was largely empty throughout the day, barring the occasional, short visit from challenger James Williamson, Mayor David Maher, councillor Craig Kelley and politics watcher Robert Winters.

“We put forth our best effort, but ultimately it was not enough. We dedicated ourselves to make our city a better place to live and to give a voice to underrepresented communities. We knew this wouldn’t be easy, but we had the best team in place, and ultimately this came down to the voters,” he said in an early morning Facebook status update. “Regardless of the results, my commitment to Cambridge remains steadfast and I will continue to work toward making it the ‘Complete City’ I know it can be.”

“Congratulations to everyone who won tonight’s election,” he said, thanking friends and family who worked for his reelection.

Devereux was also looking forward. “I’d like to get past the talk about ‘divides’ and stay focused on the big issues we will face together as councillors at a pivotal time in our city’s history,” she said.

The addition of auxiliary ballots made Tuesday even bigger for Nadeem Mazen, a councillor now headed into his second term as the top choice among voters. He wound up with 1,929 No. 1 rankings on ballots, growing by 48 from the previous day. By being so far over the quota of 1,785 needed to be elected, his seat on the council was guaranteed – the only councillor achieving that distinction this year. Mazen more than doubled the No. 1 votes from his first run for office, when he got 946.

Other results adjusted to account for the auxiliary ballots: