‘Spectre’: Bond packs in a little too much, without top villains to keep it memorable 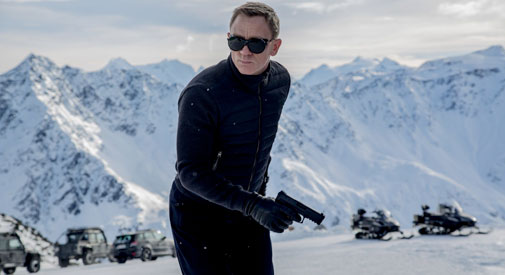 ‘Spectre’: Bond packs in a little too much, without top villains to keep it memorable

Bond is back and blacker and more stolid than ever. Not that “Spectre” is a bad Bond flick (has there ever really been a truly dreadful Bond?), but it floats just above the tepid Timothy Dalton and Pierce Brosnan installments that made generations of fans wonder about the longevity of the man who, onscreen for decades, remained ageless and suave with his license to kill and uncanny knack for survival. 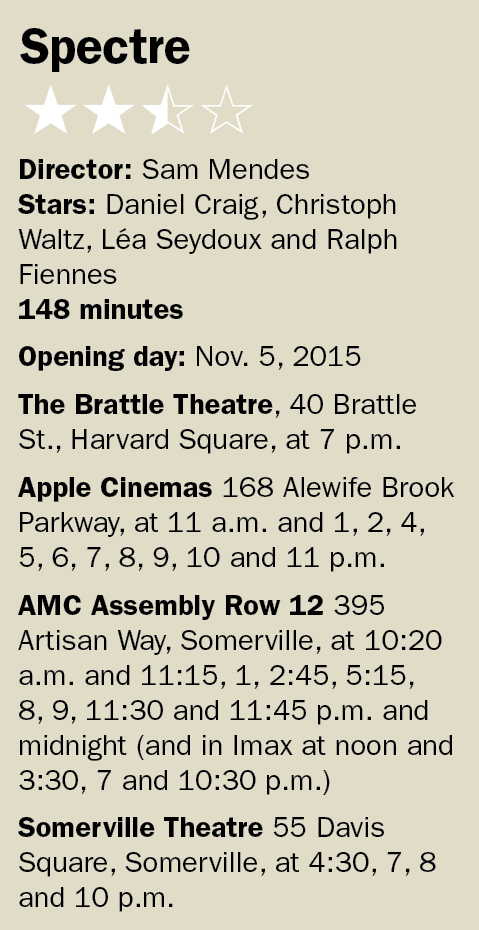 “Spectre” is directed by Sam Mendes, the auteur behind the grim, probing gothic “American Beauty” and helmer of the previous Bond installment, the wildly successful “Skyfall.” So what could go wrong? Well for one, it’s overlong at nearly two and a half hours, and there’s far too much backstory woven in as the ever-capable Ralph Fiennes checks in as Bond’s new handler to oversee an unhappy merger with MI5. Daniel Craig, that solemn slab of blonde sinew, returns for his fourth stint as the man who likes his martinis stirred and never shaken, on his toes and game – he’s one of the few redeeming points, despite the gloom over the series he evinces on the publicity trail. The film looks great and there’s an incredible competence behind it, but there’s just too much talking and thinking amounting to wisps of haughty nothings, and not nearly enough cool gadgets.

You’d think too with Christoph Waltz in the mix as the baddie there would be some bold, bawdy fun, but surprisingly the man whose quirk won two Oscars for Tarantino remains mute and docile even as he drills holes into Bond’s head out in the Moroccan desert. Fellow Oscar winners Javier Bardem (”Skyfall”) and Christopher Walken (”A View to a Kill”) got better stories and more kitsch to play with. Waltz isn’t bad; he just doesn’t live up to expectations, and that’s by and large the film’s Achilles heel: It’s not “Skyfall.”

As for the Bond women, the lovely Monica Bellucci as an early conquest (the wife of a notorious assassin) and Léa Seydoux, one of the free-spirited women in love in “Blue Is the Warmest Color,” takes her inherent sensuality to a new level as the feisty woman Bond might hang up his Walther PPK for. They add some intrigue, while the other stuff with Waltz’s enigmatic miscreant with daddy issues and tight ties with Bond as a boy never fully bakes. Nor does the main plot, about hijacking the British intelligence infrastructure. The sensual opening credits even baffle, with the tentacles of Spectre writhing near nude women in Bond’s presence as Sam Smith hits a cascade of falsetto highs. Even the introduction of wrestler Dave Bautista (“Guardians of the Galaxy”) as the badass muscle with deadly metal fingernails – à la Jaws from “Moonraker” – never really punctuates the way we expect after the initial macabre meetup.

There’s so much to like in “Spectre,” and it entertains throughout, but Bond is known for cool hyperbole and topping itself. Here it’s just aping “Skyfall.” The movie, like the drink of the man himself, should have been shaken and not stirred.