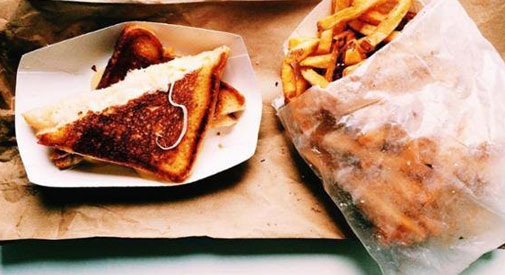 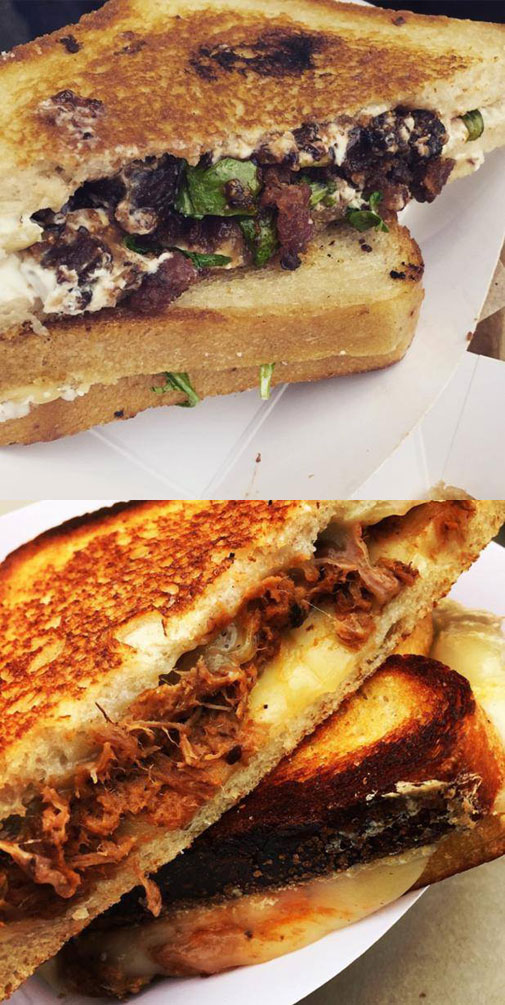 There won’t be pizza for arcade gamers at the melding of Roxy’s Grilled Cheese and Area Four pizza coming to 300 Massachusetts Ave., a concept presented to the License Commission on Tuesday as Roxy’s A4cade.

Instead, imagine a grilled cheese sandwich with the ingredients of an Area Four pizza, said Michael Krupp, the pizzeria’s founder.

Since that was the only hint given, it could mean that the A4cade team is exploring turning any or all of the dozen-plus pizzas on the Area Four menu – from a Marinara with tomato, pecorino and basil to a Clam and Bacon with clam sauce, pecorino, hot pepper and parsley – into a grilled cheese sandwich.

“What’s very exciting about this location is that we’ll be able to merge the two concepts in a very specific way. We didn’t want to serve pizza here just because of the proximity to our other restaurant. We felt like we might be cannibalizing off our own customer base. That being said, we are bringing in some of our product that we make exclusive to Area Four … to get some exclusive grilled cheeses based on James’ recipes as well as ours that will only be offered at this location,” Krupp said, referring to partner James DiSabatino of Roxy’s Grilled Cheese.

Roxy’s already stretches the grilled cheese concept by adding braised short rib and caramelized onion. In addition to grilled cheese and burgers, “we have some other exciting stuff in the works,” Krupp said. “We hope to create approachable food for family and office workers, and affordability is key.”

Krupp and DiSabatino didn’t quite lock down the name, telling commissioners that A4cade is “what we’re working with.”

The arcade and eatery will become part of the 15,000 square feet of ground-floor restaurant and retail space added to the 246,716-square-foot Takeda/Millennium Pharmaceuticals building going up near Central Square, once home to the All Asia nightclub and Cambridgeport Saloon. Naco Taco and the Miracle of Science restaurants are across the street, and other eateries will be reportedly coming in as the arcade’s neighbors.

As has been widely reported – Krupp said ruefully that “our attempt to keep this sort of under wraps” was thwarted by keen watchers of the local culinary industry and media who “I’m a little ashamed to say are more excited about this than about us working on an Area Four in Boston” – plans for the A4cade include a full complement of 20 video games along with pinball, Skee ball, foosball, shuffleboard and a pool table.

“You have your MIT college kids who we obviously hope to appeal to, but there’s also an increase in office workers – we hope to create some type of private dining space to appeal to them – and of course our regular clientele that is a mix of everyone who works here, lives here and tourists,” Krupp said. “It’s a pretty cool idea that we’re very excited about.”

The restaurant will be at the front and arcade at the back, separated by a wall and window for food service, Krupp and DiSabatino explained Tuesday. “The idea here is to create a bit of mystery to the arcade. From the front it will look very much like a Roxy’s Grilled Cheese; the excitement being that you’ll kind of find the secret arcade in the back,” Krupp said. At night, because there will be alcohol served, the arcade will become 21-plus. (Sorry, kids.)

After a meeting with the landlord this week, the plan is to start construction in the new year and open in mid- to late spring or early summer, Krupp and DiSabatino told commissioners. There will be 108 seats inside and 40 seasonal patio seats, open until 1 a.m. Sundays through Wednesdays and until 2 a.m. Thursdays through Saturdays.