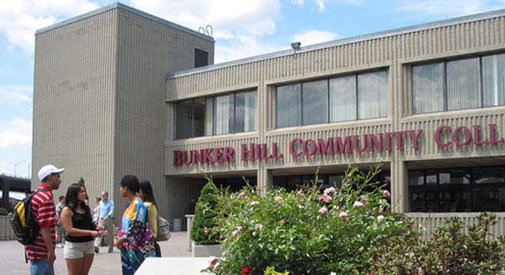 Extensive partnerships between the city’s high school, Bunker Hill Community College in Charlestown and the University of Massachusetts at Boston were highlighted as the School Committee heard a presentation Tuesday from the Office of College Success, started last year to provide long-term support to help students complete college successfully.

The initiative aims to improve the ability of students to be ready for college, apply and be accepted to one they can afford, earning a degree or quality certification within six years.

New coordinator Emily Singer illustrated the need for ongoing post-high school support with a look at data from the Cambridge Rindge and Latin School’s Class of 2006. 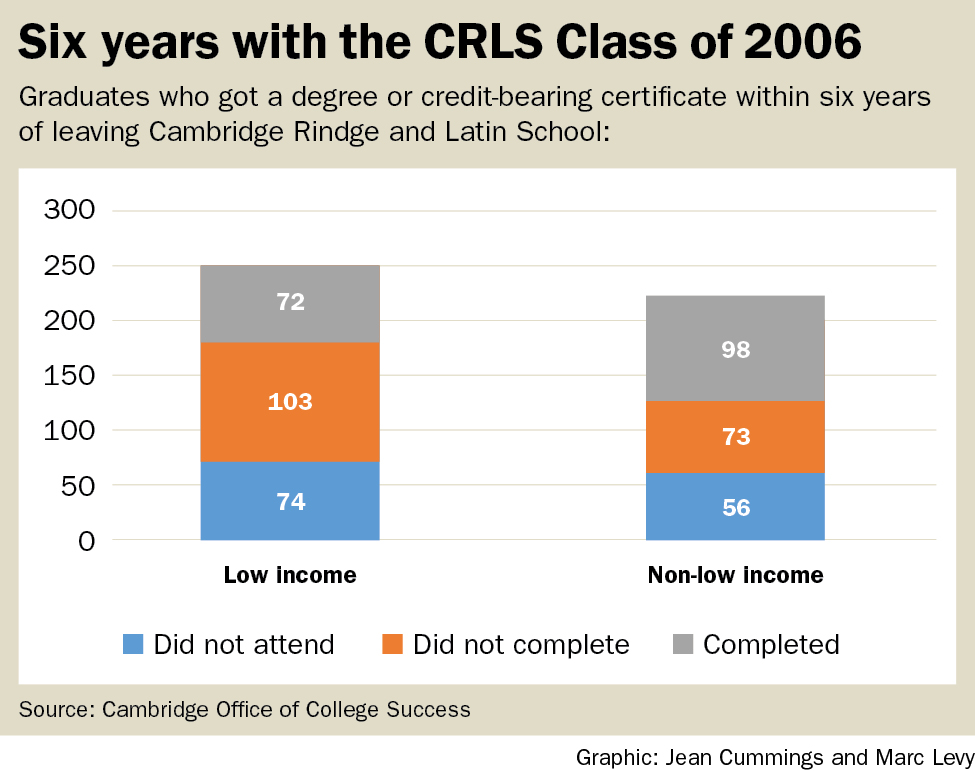 Six years out of high school graduation – sometimes referred to as “time-and-a-half” – is a standard measure nationally and with the state’s Department of Elementary and Secondary Education, Singer said. It also is the number of years students can have full-time Pell Grants, a U.S. government grant given to students with financial need.

There are issues both with starting post-secondary school completing it within that time. And while the picture for low-income students is significantly worse than for other students, the numbers for even higher-income students, School Committee member Fran Cronin pointed out, “definitely have room to grow.”

Agreeing that she wants to see the profile improve for all students, Singer pointed out that even in wealthy Weston and Wellesley, only 75 percent of graduating seniors complete degrees within six years.

Singer’s job includes coordinating existing support services from the Department of Human Services and the Housing Authority and nonprofit partners such as Breakthrough and Upward Bound, all of which provide some supports for learning about, applying to and preparing for post-secondary schooling.

Her group also worked with the Mayor’s Summer Youth Employment Program last summer checking with all seniors to review financial aid packages. “A number of them did have a solid financial plan,” she said, but lacked a basic understanding of the package. Several had major grants and awards but were not aware of the total cost of their chosen school or of large financial gaps they still faced. The students will get a midyear checkup, she said. 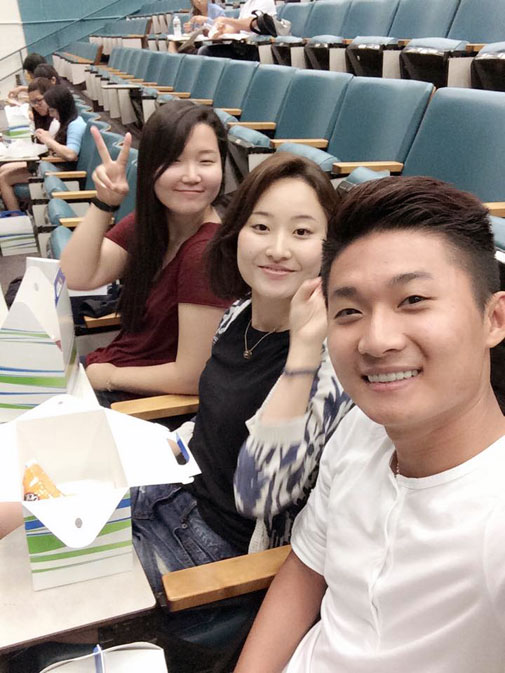 Bunker Hill Community College in Charlestown has the largest group of CRLS graduates each year. (Photo via Facebook)

But the program’s partnership with Bunker Hill Community College and UMass Boston loom large for the Office of College Success. Bunker Hill, Singer said, has the largest group of CRLS graduates each year – about 40 to 45 students. UMass Boston gets about 20 to 25 annually.

UMass Boston is “highly engaged in developing partnerships with high schools” and has several staff and faculty with Cambridge ties – including Singer, who said she is a “proud graduate” and a “big believer in public education.”

The initiative puts a staff liaison in each of the institutions, helping guide students through the application and financial package process and providing ongoing coaching support. The goal is to see the students successfully matriculate.

In addition, the high school and community college are developing a partnership to better prepare students and avoid the need for remediation classes, a longtime problem faced by many graduating high school students. Working with Bunker Hill, the curriculum in CRLS “college prep” classes – as opposed to the honors classes, which are considered better preparation for college, despite the names – is being aligned and made more rigorous so that, Principal Damon Smith said, “a student who does well in a college prep class will be ready to move into freshman English at BHCC.” The curriculum alignment started with culinary arts courses at the high school, Smith said, and will be moving to English and math college prep classes.

In addition, Smith is planning to revive plans making the high school a satellite Bunker Hill campus in the same three fields so some courses will earn credits transferable to the community college after graduation. This will include having some CRLS teachers earning access as adjunct professors at the college.

The initiative was met with obvious enthusiasm and appreciation from the committee, with committee member Richard Harding and Mayor David Maher acknowledging the role of previous mayor and city councillor Ken Reeves in creating a “vision and drive” for generating this initiative.