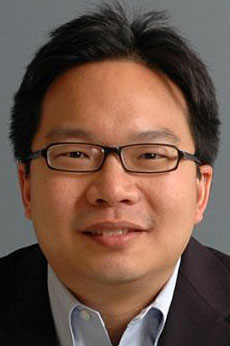 “I am delighted to say that we have reached an agreement with incoming superintendent Kenny Salim,” said Maher at the start of the committee meeting. Members had just emerged from the last of several closed-door sessions to hammer out the details.

Salim will start July 1 under a four-year contract with a starting salary of $228,000, Maher said. He will get a 2.5 percent increase in years two, three and four. In addition, there will be an option for an additional “performance-based” annual increase of 1 percent, with goals defined by the committee.

Salim’s current salary is $167,920 in Weymouth, where he will continue as superintendent through the school year. Cambridge superintendent Jeffrey Young, who is serving a one-year extension through June, has a gross salary is $267,000. Young, previously the Newton superintendent, was hired by Cambridge in 2009 with a three-year contract and a starting salary of $215,000.

“I am looking forward to working with Dr. Salim to ensure a smooth transition,” Young said in a press release. “With Cambridge’s excellent team of teachers, staff and educational leaders and the district’s recent achievement of Level 2 status under the state’s accountability system, I am confident that Dr. Salim will find all Cambridge schools poised for continued success.”

Although the search, hiring and contract negotiations were done by the current committee, Maher said, the contract will not be ratified until Jan. 5, a day after the new School Committee has its inaugural meeting. Incoming members Manikka Bowman and Emily Dexter will join after this fall’s elections, replacing Fran Cronin, who lost a reelection bid, and Mervan Osborne, who did not run for reelection. The final contract will be released to the public within 48 hours of its ratification at that meeting, Maher said.