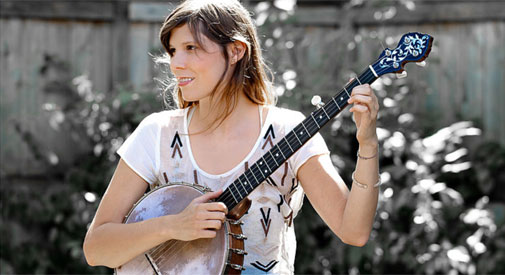 More than $40,000 was awarded Tuesday in Passim’s eighth annual Iguana Music Grants, funding the work of 25 musicians and projects.

“We had a very strong pool of submissions for the Iguana Music Fund grants this year,” said Jon Dorn, outreach coordinator at Passim. “With a large number of first-time applicants and new recipients this year, we are funding a number of exciting and different types of projects.”

The musicians were chosen from more than 270 applicants to get grants ranging from $500 to $2,000, a process taking place every year since 2008, when after an anonymous donor approached Passim with the idea of starting a program to help local artists. That donor’s money is supplemented by other donations to the fund, resulting in some fluctuation from year to year, a Passim spokesman said. For 2015 the total is down $50,000 from the previous year of awards.

With the newly announced round of grants, around $260,000 has been given to more than 175 musicians and projects.

Many of the grants are being used by the recipients for career development. Honeysuckle, Laurence Scudder, Scottish Fish, Katie McNally, Dietrich Strause, Laney Jones and the Spirits, Lindsay Straw, Mike Block, Scottish Fish, The Stash Wyslouch String Band and Yang Yu Chen (seen in the video above as Tracy Yang) will use the grant to fund new recordings. Gretchen and the Pickpockets will be making a video for one of their songs. Allison de Groot will use her grant to buy a new banjo. Hayley Thompson-King will use hers to support a tour, while Chandler Travis will use his to work on a new musical.

Straw called it the “best possible Christmas surprise” and said her grant will help her get started on her second album. “I’m really excited to record a collection of traditional and new songs about strong, clever women getting the upper hand and prevailing,” she said.

Several grants will be used for community programs, including Changing Keys, an organization based in Providence, R.I., that finds unused pianos and lets them be used by kids in at-risk communities. Charan Devereaux will present a series of concerts by Union Square arts and bands as part of the “Union Square at Work” exhibit at the Somerville Museum. The Busted Jug Band will use its grant to fund a series of weekly performances at area nursing facilities. Laura Brereton will use her grant to fund The Kid’s Open Mic, providing young performers the opportunity to play at a real music venue for the first time.

Anna Roberts-Gevalt will use her grant to visit New England archives to learn ballads and trace their origins, then create new recordings. Jeffrey Gaskill will use his grant for his roots-based compilation “Shaker Music: The Gift of the Song,” which will feature New England Shaker music by popular artists.

In addition to the 23 grants, Passim’s Iguana Music Fund will support two multi-year “Baby Iguana” grants that have previously been awarded to support the Sub Rosa Retreat, a program that brings together a group of artists for a week each summer to write and collaborate in a secluded setting on Lake Winnipesaukee in New Hampshire, and Miles of Music Camp, a weeklong retreat exploring traditional folk music, modern songwriting and how they work together.

“Passim has always had a unique relationship with not only the audiences in our community but the musicians in our community,” said Jim Wooster, executive director of Passim. “The Iguana Music Fund grants allow us to help musicians complete important career-developing projects and community programs. “

A concert featuring recipients of the 2015 Iguana Music Fund grants will take place at Club Passim at 7 p.m. on March 14.

This post took significant amounts of material from a press release. Homepage image of Allison de Groot by Nancy McMillan.