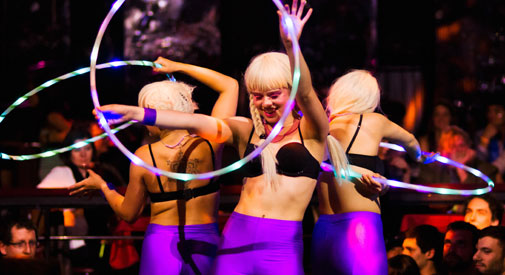 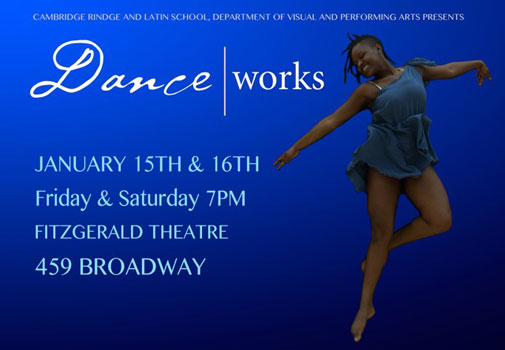 Dance/Works from 7 to 10 p.m. Friday and Saturday at Cambridge Rindge and Latin School’s Fitzgerald Auditorium, 459 Broadway, Mid-Cambridge. Tickets are $10 for adults, or $5 for students. 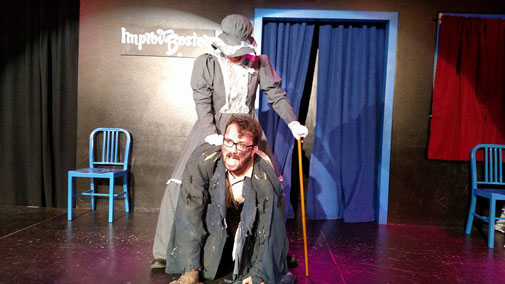 Imagine Angela Lansbury as ImprovBoston Family Show member and “Top 5 of Death” podcaster Matthew Bistany and “Murder She Wrote” as made up on the scene instead of scripted and you start to get the sense of “Bistany’s Mysteries” – where a famed mystery novelist invites the audience to see the writing process unfold. This time Bistany and cast Ryan Dalley, Ashley Voltz, David Thomas, Chris Kaufman, Kristina Staplefield, Dennis Bruno, Danielle Adruskewic and Pat Kearnan are crafting a “Beach Party Bloodbath.” (The final show, “The Future of Murder,” is next week; the previous, “A Victorian Tragedy” is seen above.) Information is here.

AcousticaElectronica from 10 p.m. Friday to 12:30 a.m. Saturday at Oberon, 2 Arrow St., Harvard Square. Tickets range from $25 to $55, and there are additional VIP options.

Blending elements of electronic and classical music, dance, circus arts and immersive theater with the infectious energy of a nightclub makes for a unique experience, what DigBoston described as being “like Cirque du Soleil meets a rave … the coolest blend of theater, all types of music, dance, opera and creation of an atmosphere in a space that I have ever seen.” Information is here. 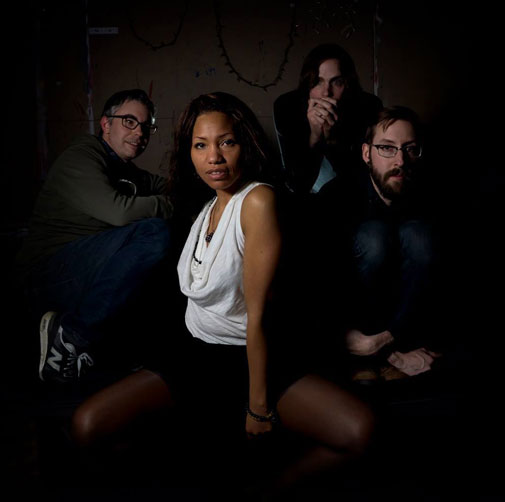 If you miss the social life you had before kids, including listening to great live music and enjoying a beer, with Rock-n-Romp you can have it all (hookups in bathroom stalls not included). The family-friendly concert series began in Washington, D.C., and there’s always local talent performing – in this case, the legendary synthpop band Freezepop and electro pop quartet Let’s Wait. The volume is lower than you might remember, organizers say, but the music is designed for parents and kids and the environment is safe and friendly. Information is here. 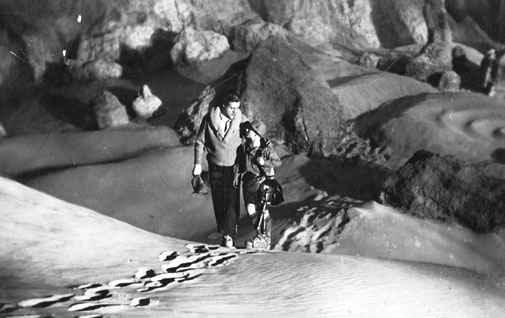 Silent film with live music: “Woman in the Moon” from 7 to 9 p.m. Sunday at Aeronaut Brewing, 14 Tyler St., near Union Square, Somerville. There is a suggested donation of $10 (or $11.54 with the online ticketing service fee).

The rarely seen full-length version of the Fritz Lang silent film “Woman in the Moon” (1929) follows a band of space pioneers attempting an inaugural voyage to the moon in search of gold. The film is equal parts prescient about NASA’s Apollo moon program (if not about the science of the moon) and modern space opera. Jeff Rapsis, who will be improvising music for the screening, calls it a “great and at-times bizarre film, one that must be seen to be believed. It’s as entertaining as any spy thriller. And as a past vision of a future that didn’t quite come to be, it really gets you thinking of time and how we perceive it.” It’s also surprisingly good-looking. “If you think all silent films are grainy and scratchy-looking, ‘Woman in the Moon’ will change your mind. It’s like an Ansel Adams photograph come to life,” Rapsis said. Information is here.